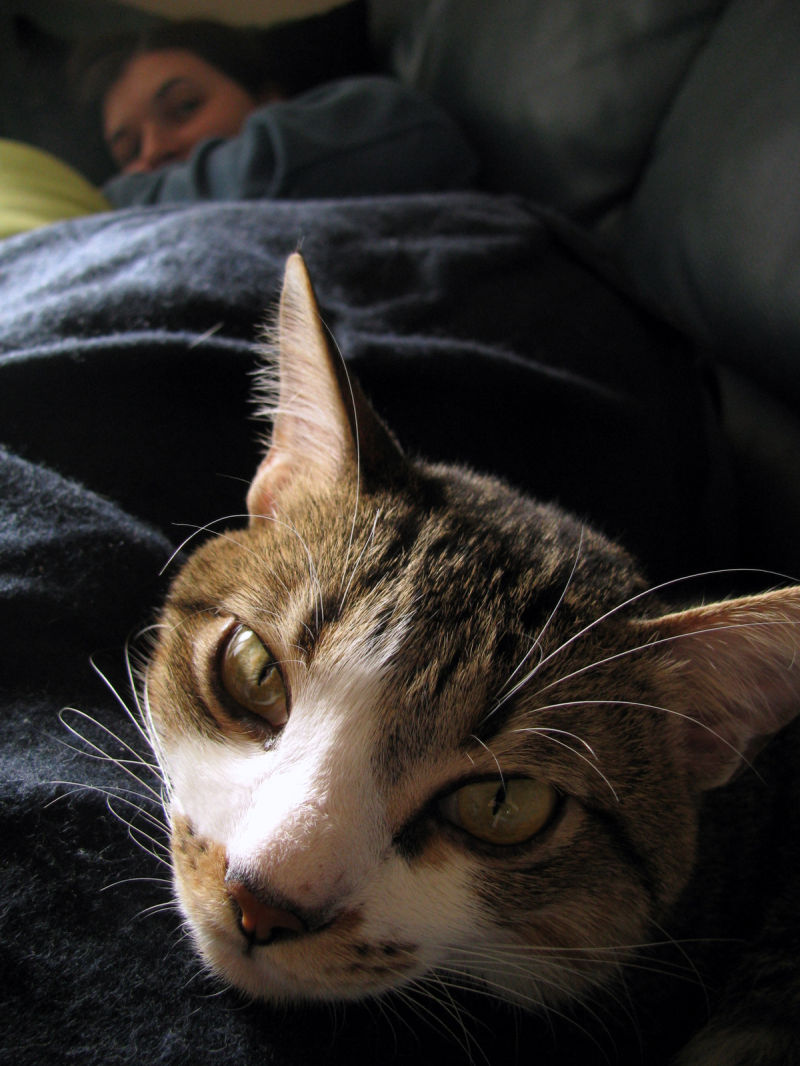 so it's come to this

Well, it took two years of photoblogging, but I'm finally posting pictures of my cat. Yes, we got a cat a couple of weeks ago - more accurately, we agreed to foster care for a cat while we're here. There's a group in town called BARK that takes some of the numerous animals off the streets and tries to place them in homes that want them. The woman running it has something like five dogs and four cats in her house, so she's looking for people willing to help by taking pets into their home. So we get a cat (which can disappear any week) and in return all of the food and litter and everything the cat needs is provided. It's nice, and though it'll be hard to see him go, we'd have to do it in a year and this way we know he's going to a good home. And we get a new cat if he goes!

His name is Sushi - all the cats are pre-named as food items. Unoffensive? That's my guess.