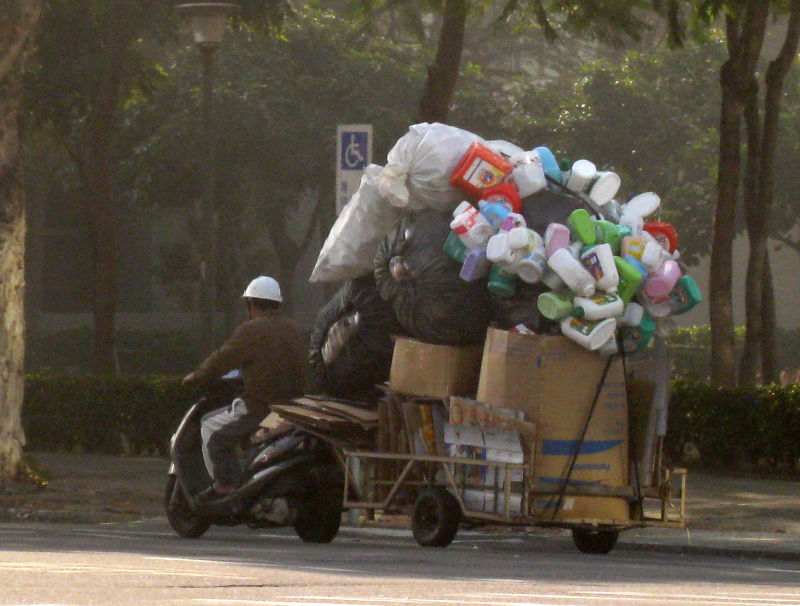 Posted by Ryan (Vancouver, Canada) on 22 January 2009 in Documentary & Street.

Recycling is big here, simply because there are 23 million people on a tiny island that is mostly mountains. Not recycling would fill up the living space very quickly. The government sponsors a program, so we just take basically everything made of plastic, paper, cardboard, metal, and anything that anyone might want to use again down to our recycling station and it all disappears to one of many recycling centres to be sorted. Yay! There are also people who go around collecting things for recycling to make money. This is one of those guys. Look at that stash! All behind his scooter! Now that is an achievement, pulling that around. Sometimes people pull similar stashes on bicycles. Wow!