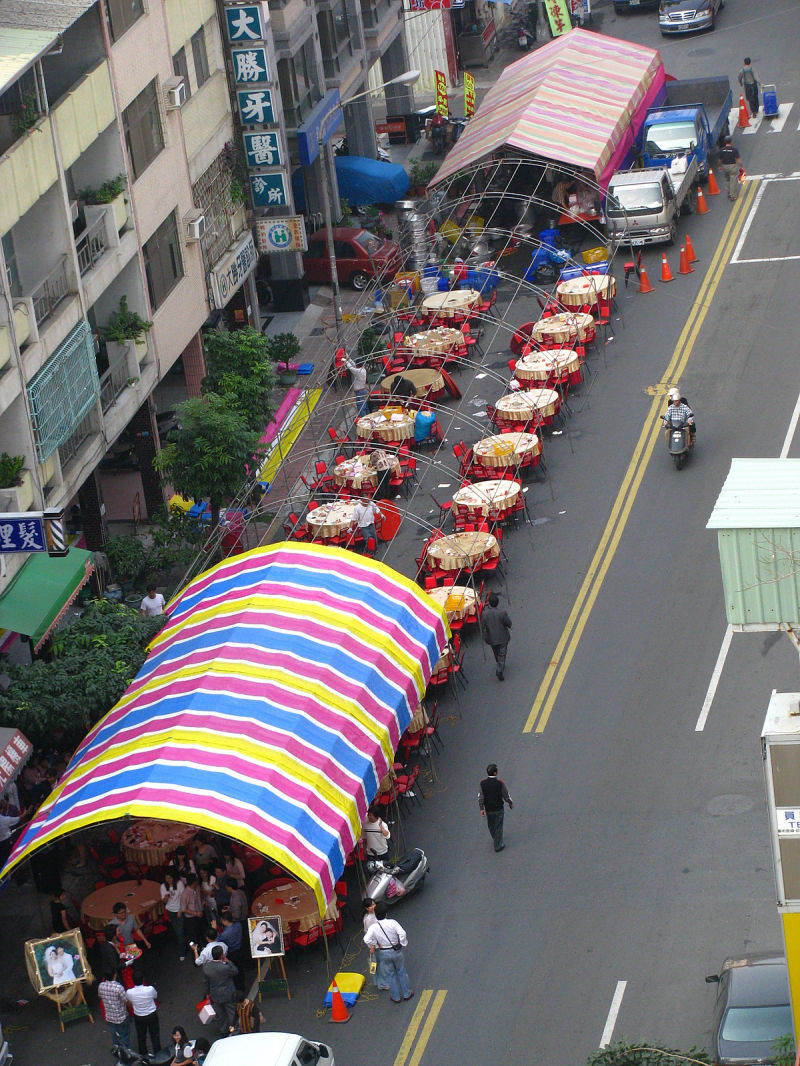 Posted by Ryan (Vancouver, Canada) on 13 December 2008 in Lifestyle & Culture.

Weddings dinners are almost always done on the street here. Almost half of the road is blocked off, a huge tent is erected, dinner starts being prepared around six in the morning (we saw them starting as we headed off to the airport to drop off mom and dad today), photos of the bride and groom are displayed, red envelopes filled with money are dropped off, and then everyone digs in. Usually there are no less than ten courses. The bride and groom toast everyone, there is sometimes some singing or dancing, then everyone goes home. Most of the time wedding dinners are in the afternoon or early evening, though sometimes they can extend into the late evening.