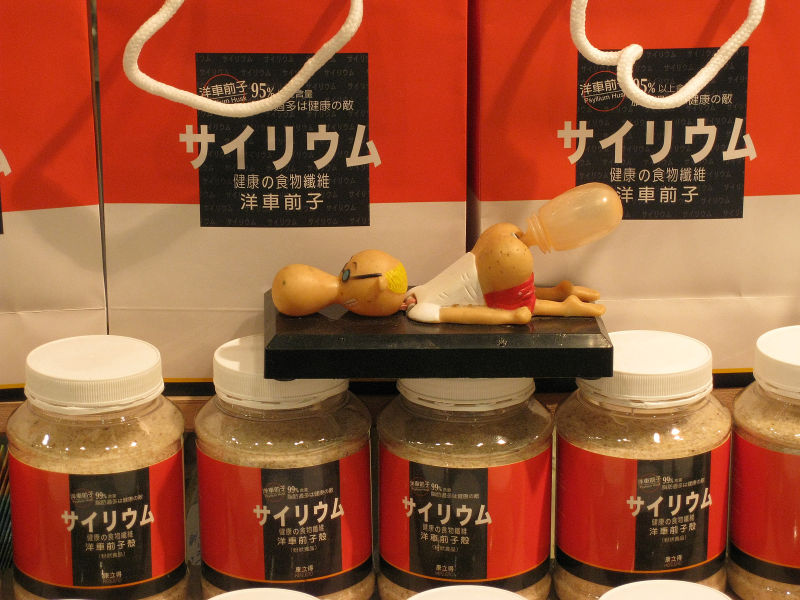 the kaohsiung food show in all its oddness

Posted by Ryan (Vancouver, Canada) on 8 November 2008 in Business & Industry.

Today we took in the first annual Kaohsiung Food show. It was a lot of fun, with a squid and a tuna at the entrance to greet you, lots of Chinglish, friendly vendors who thought we were (ill-dressed) investors from foreign countries, and, of course, lots of free food and drink. The fare was definitely different than what you'd get back home - lots of noodles and sauces, plenty of health beverages (I swear, doctors around the world should just come here for cures for cancer. I think I was cured of any future cancer just by walking around), vegetarian food, lots of coffee-related beverages, plenty of black sesame stuff (something I didn't mind in the least), tuna, and more.

One of the most interesting was the so-called Miracle Berry. It's from West Africa, but they've grown it and refined it into a pill here. According to this NYTimes article, it sells for $2 or more a berry in the US, but we got 10-packs of tablets for about $8. It changes your tastebuds so that things taste different. They had lemon juice that tasted incredibly sour before and almost sugary sweet after. We also sampled a ginseng tea that was beyond bitter (a taste I'm very sensitive to) before and quite palatable afterwards. What a day!

I don't even know what this figurine means. I just find it odd that it was on display. Repeatedly. In the same booth. I love you, Taiwan, but you're so weird sometimes.