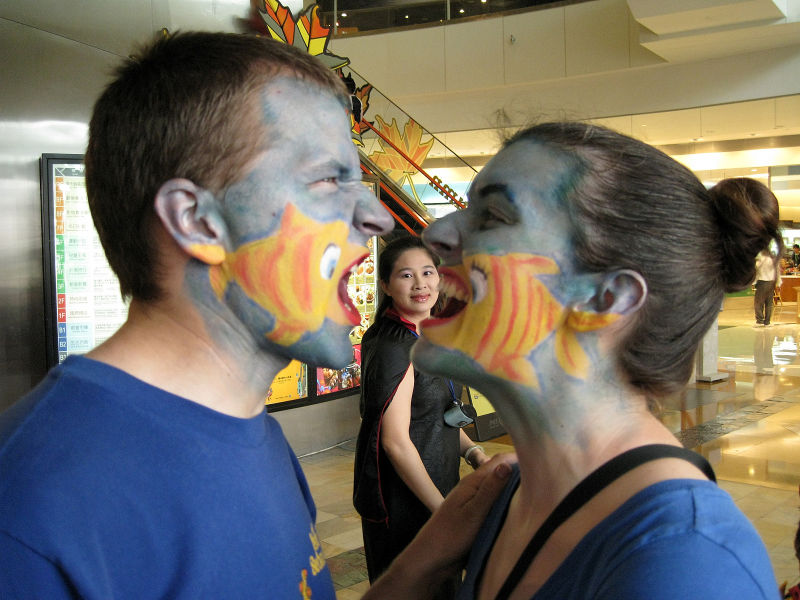 A couple of years ago, a friend send me some photos of a couple with fish painted on their faces. The mouths of the fish were the mouths of the people. It was suggested that Christine and I do something similar. Two years later, the dream became a reality. We figured since we worked in the same place and that place was a kindergarten, why not? It went very well, was very cheap (the face paint cost $2US and was bought not two blocks from our apartment), and took about an hour. The kids thought it was cool, but other adults were very impressed. It is distracting watching someone talk like this, though (I made Chris talk to me after several people made that comment). Our trick-or-treating at the mall was an exercise in chaos. Yikes.