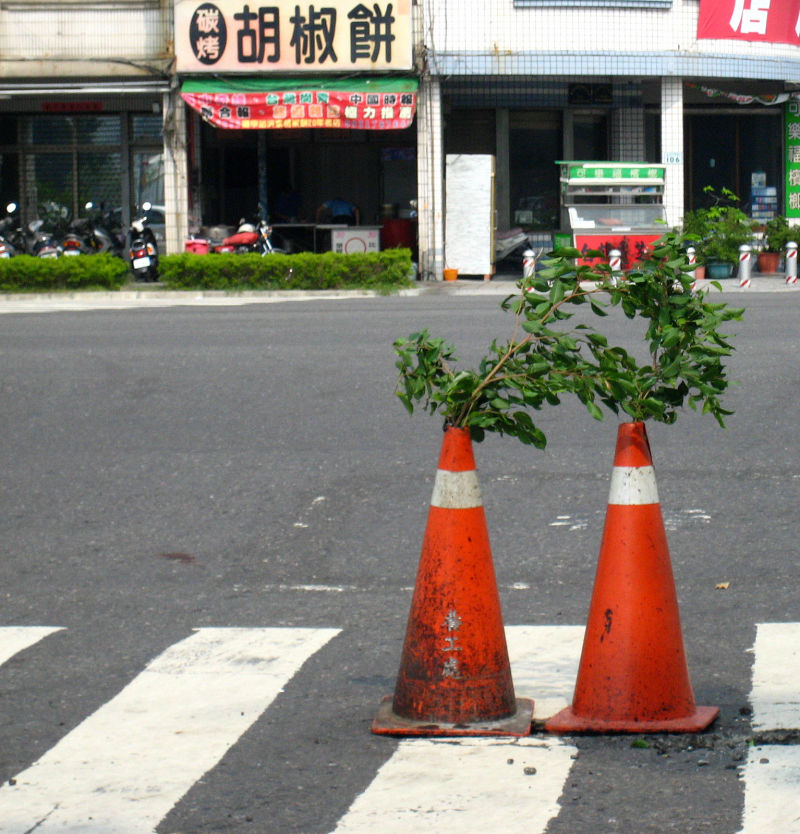 marked with a branch

This is an actual question in the driving test - a pothole or oil slick in the road should be marked with a tree branch. I think the cone should do a better job, but hey.

Today there was an air raid drill. We sat in a cafe and watch the traffic on the street stop. Completely. In the whole city. It's pretty awesome to hear a city of this size just stop. It's done to prepare for an invasion by China. Would it work? Who knows. Everyone gets out for it, though - police, the army, air force.

We saw one scooter come flying down the road with a cop car screaming after it. How can you think that you'll get away when you're the only thing on the entire street, in the entire city?