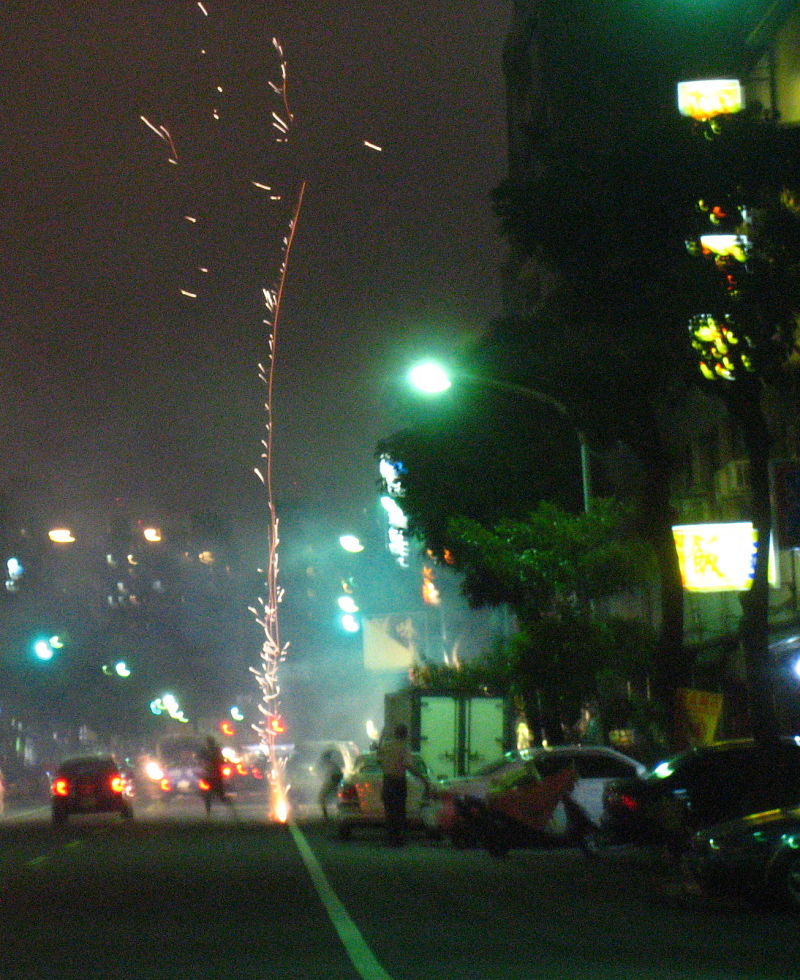 Posted by Ryan (Vancouver, Canada) on 13 September 2008 in Lifestyle & Culture.

In addition to moon cakes, fireworks are a common sight at this time of year. Always loud (in order to scare off the ghosts), they can be heard at any time of day, although they are the most prolific at night. Echoes can be heard bouncing between buildings until late at night, cracklings accompany flashes of light now and then, and the occasional screamer will go off late at night and wake you up. People often set them off on the side of the street, sometimes causing drivers to veer off as sparks appear. It was even more dangerous tonight with the approach of the typhoon, winds blowing everything everywhere and still no rain.