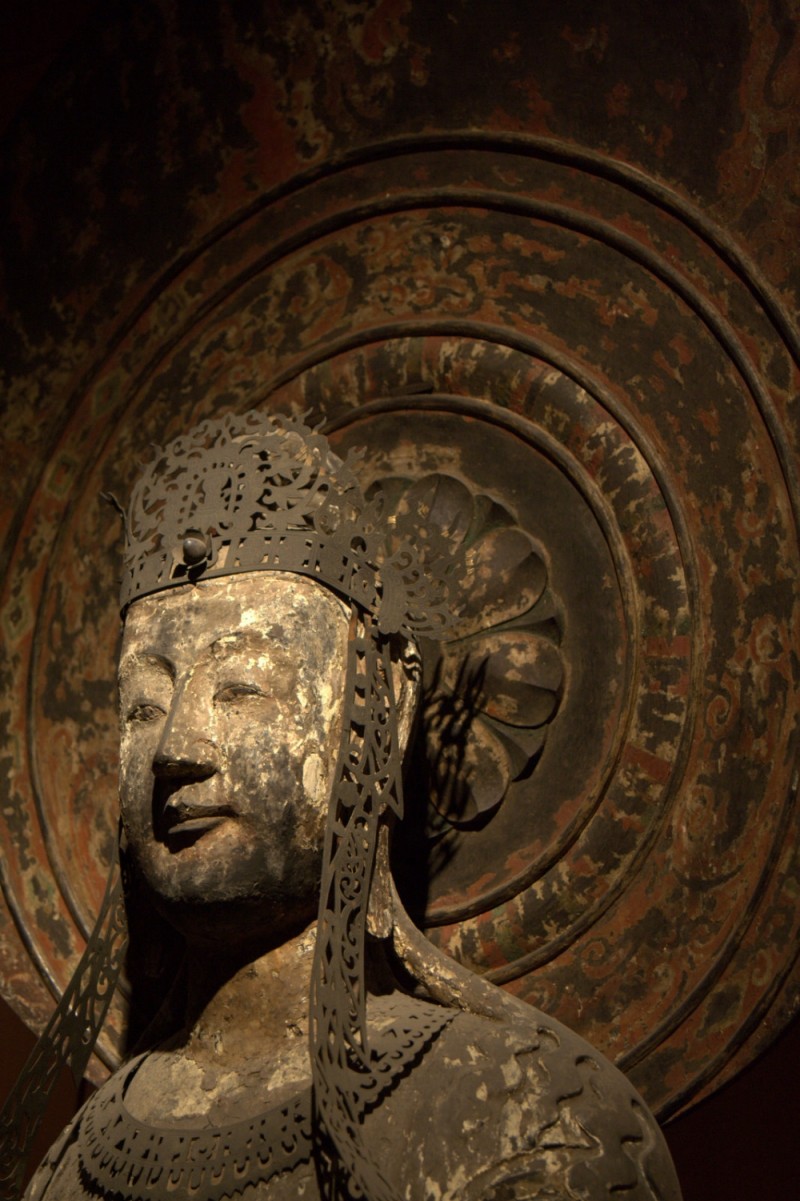 Posted by Ryan (Vancouver, Canada) on 5 August 2008 in Lifestyle & Culture and Portfolio.

There are many things I could post for today. I passed through a gallery focused on how different cultures express the concept of life and death and another that held objects that defined the Renaissance. I saw a bit of the Africa gallery (my most anticipated; unfortunately, they shut it down for an unknown reason while I was in it), the rest of the Egyptian and Assyrian galleries, the North and South American galleries (not that big, especially South America - I guess the British never took anything over there), Japan, China, India, SE Asia, and the pieces of the Parthenon that the museum has - more than actually remains in Greece! (Yeah, you'd better believe the Greeks don't like that). Really, I saw the rest of the world outside of Europe in the museum. That's fine. European stuff kinda bores me, to be honest. Maybe next time I'll check it out.

I chose this Japanese statue because I really like the lighting. It's actually a copy - the original is in Japan - but it's so well made that even the damage to it has been recreated. I couldn't have told the difference.