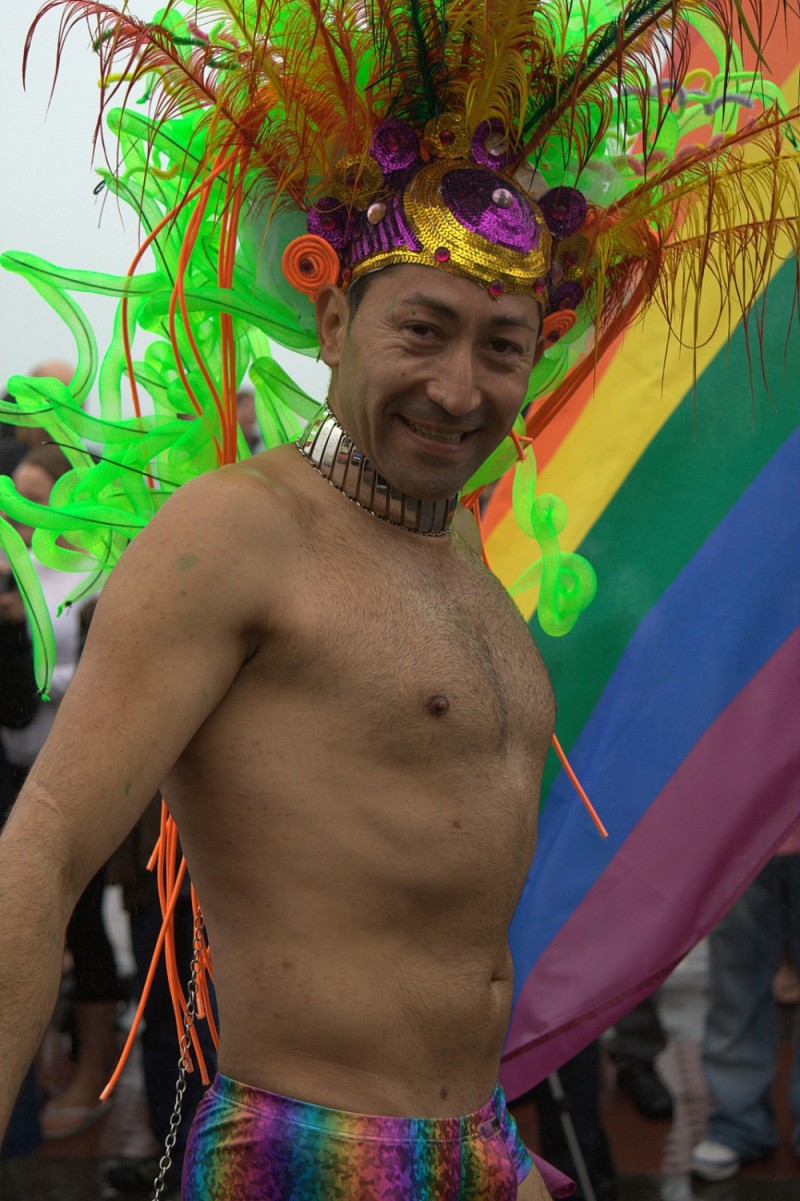 Posted by Ryan (Vancouver, Canada) on 2 August 2008 in People & Portrait and Portfolio.

On to my second pride parade of the summer! We almost didn't make it after the rather late impromptu party that broke out last night after we picked up the last of the booze from the wedding. It was misty-raining when we arrived and that made it difficult to get great shots during the parade. It was kind of fast, too, with everything rushing by. Lots of energy, though, and great costumes. This is supposed to be one of the biggest pride celebrations in the world, and I was initially disappointed by the size of the parade. However, the reputation comes from the party afterwards in the fairgrounds - rides, food, costumes, booths, stores, and giants tents full of live performances, DJs, and thousands upon thousands of people wandering through it all. The sky cleared and the afternoon was a wonderful time full of music and dancing and colour. We all had a blast.