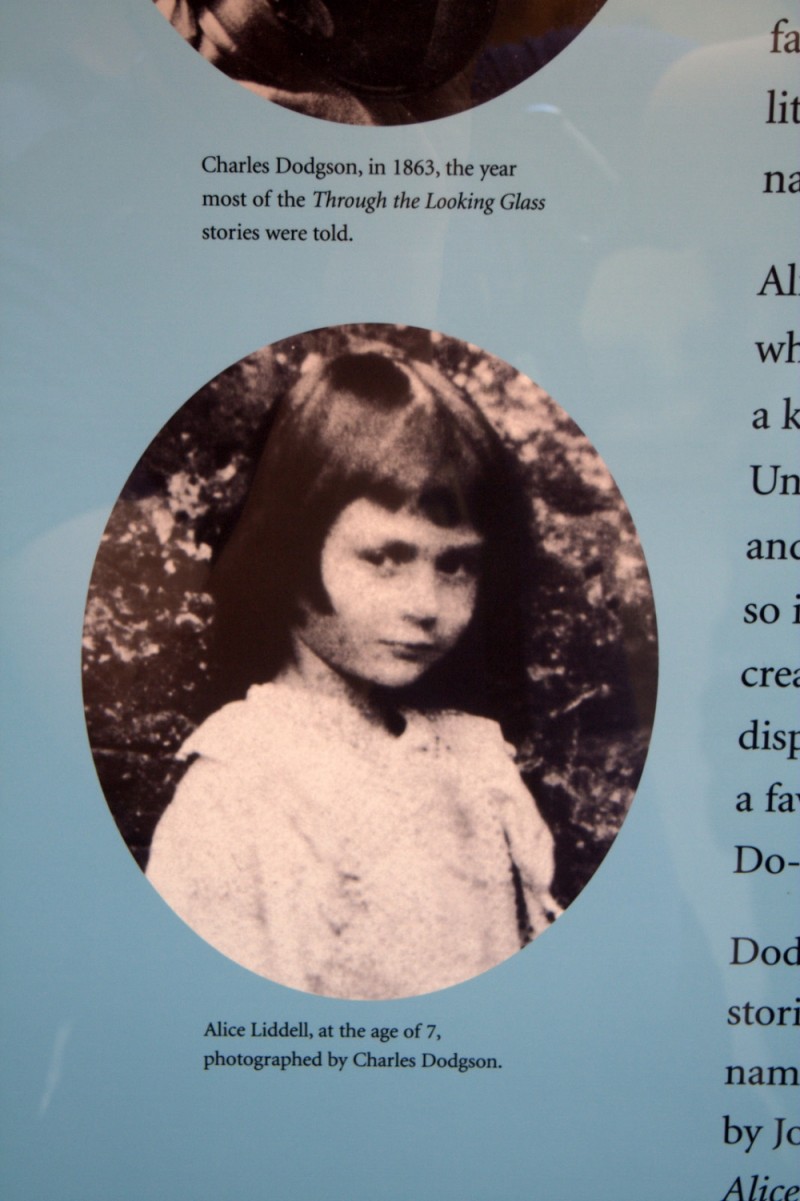 the real alice in wonderland

I visited the Oxford Museum of Natural History today. Terrific museum, great displays covering lots of natural history with awesome skeletons, mock-ups, and samples. There are even statues of famous science personalities and pillars made of different stones from all over England. The neatest part, however, was the story of the real Alice in Wonderland. The man who wrote the book (Charles Lutwidge Dodgson under the pseudonym Lewis Carroll) used to come here very often with a friend's children and tell them fantastic stories about anything. One of them was about a girl named Alice in a magical place, which he wrote and illustrated himself just for her before he went on to a publisher who called in illustrator John Tenniel to give us the pictures we know so well today. (Neither used Alice as a model for the pictures of the child in the story.) And it all started here!