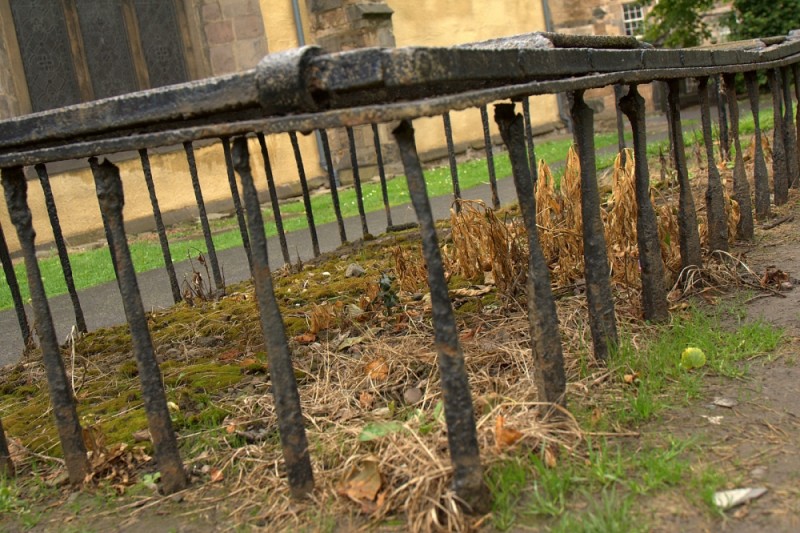 In the 17th century, Edinburgh had a terrible zombie problem...

Nah, that's just the line the tour guide gave us. They were actually there to prevent body snatchers from digging up bodies back in the 19th century. Only the rich could afford them, of course. It seems that body snatching was very much in vogue around that time!

Garret and I took a 3-hour city tour today and saw a fair bit of the neat things to see in the downtown area thanks to our friendly and funny guide, Gaja (that's a Lithuanian name and she's from Chicago, in case your non-Scot alarm went off). They included the Edinburgh castle (though we didn't go in), the coffee shop where JK Rowling wrote the first Harry Potter book (now a horrifically over-priced tourist trap), and the graveyard where she took some of her inspiration (where this picture was taken). You could also see another castle-like building from our hostel that was apparently her inspiration for Hogwarts. Harry Potter things follow me wherever I go! It'd terrific!

We also took a ghost tour that was somewhat disappointing tonight. Too many theatrics to make it even remotely spooky or authentic-sounding. Oh well. We did see some of the crypts under the city, which were pretty interesting.