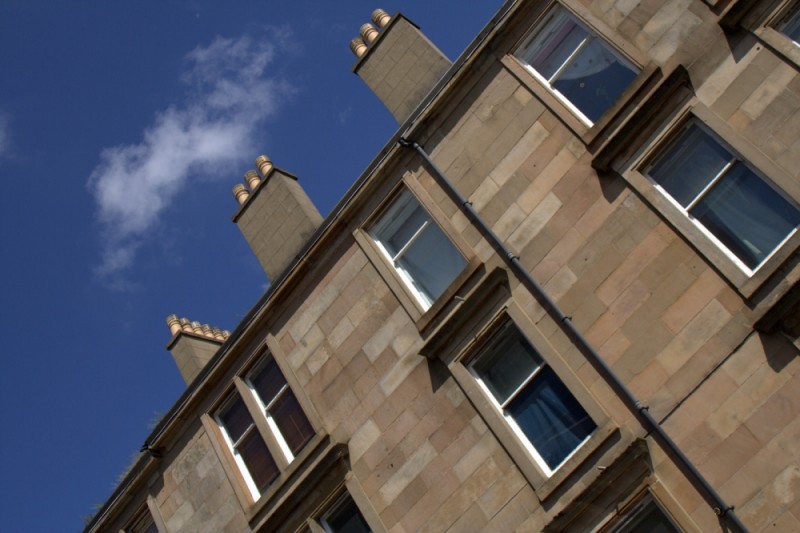 Posted by Ryan (Vancouver, Canada) on 9 July 2008 in Architecture.

You're probably wondering - four cities in a week? Yes, I'm a busy man (and I'll soon be a sick man if I'm not careful). I'm up in Glasgow for a couple of days, picking up the kilts for the wedding this weekend that the wedding party is going to wear. I met up with my good friend Michael who wanted to see Glasgow with me, and we, in turn, met up with a couple of friends from high school who happened to be staying just outside of town this week. Good times were had, food and alcohol consumed, memories traded, pictures taken, and so forth.

We also took a city tour, which is perfect for Glasgow - there's a lot here, it's just hidden in the architecture. People bricking up windows to avoid window taxation (weird!), James Watt is from here, the rich tobacco merchants refusing to built a statue of King George in George Square because he lost the war against America and lost them a lot of business; it's all here!