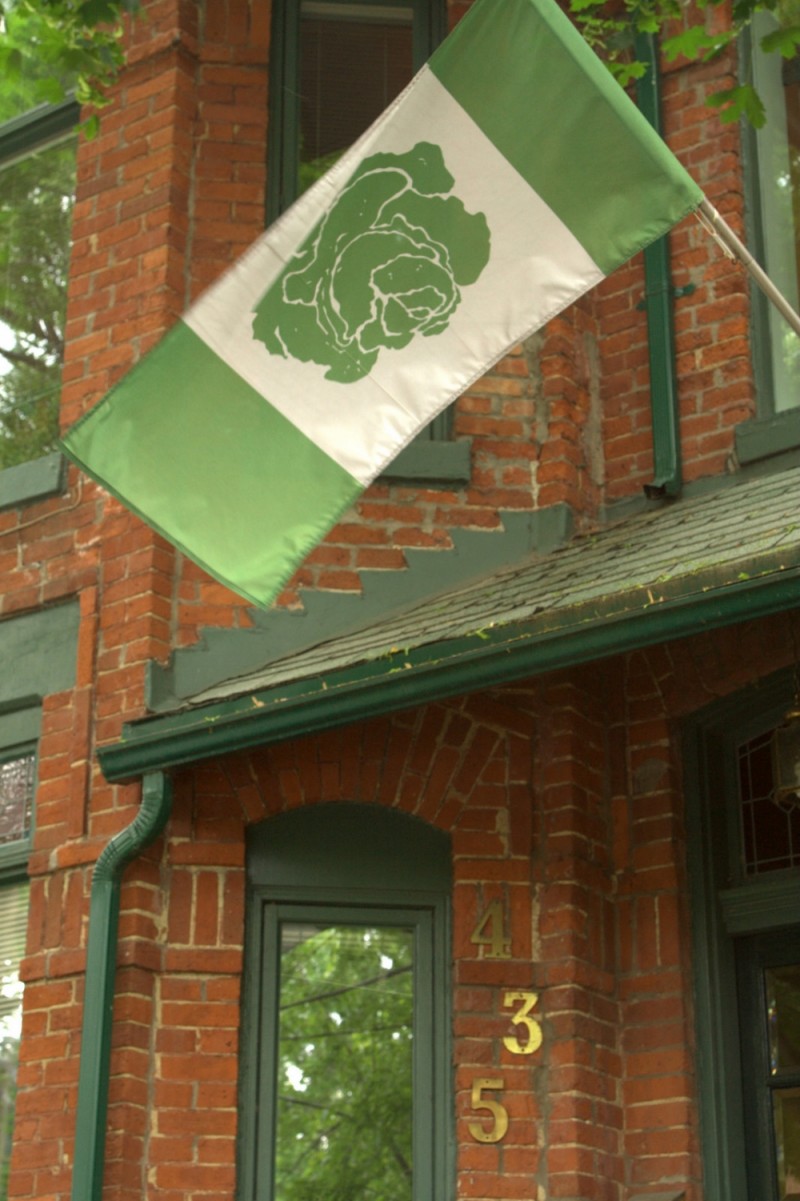 We made it to Toronto, the next city on our North American tour. We're staying with a friend downtown in an area formally (and informally as well, I guess) known as Cabbagetown. It's full of immigrants from all over the world and is a terrific place to be. The name comes from the number of Ukrainian and eastern European immigrants who used to live here, using so much cabbage the neighbourhood took on the smell of it.