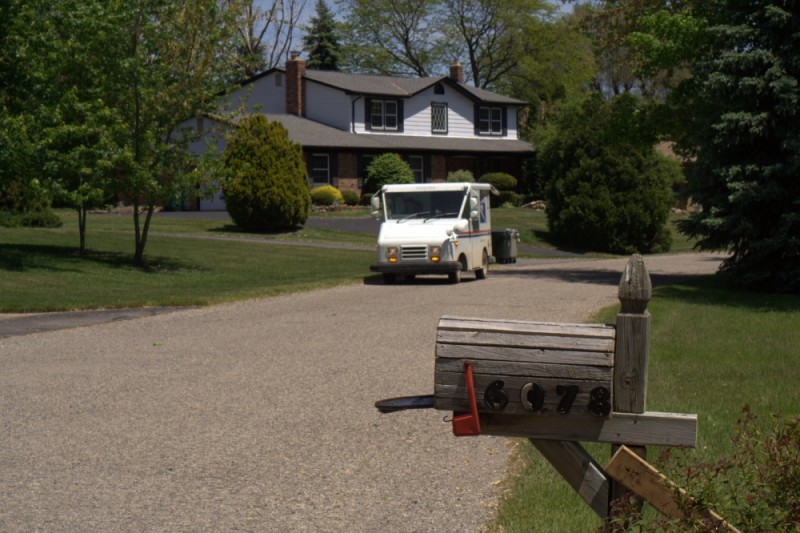 Romeo's claim to fame - other than being half of a famous couple of postmarks on Valentine's Day - is that it is rumoured to be the mytical setting of Our Town, possibly the most-frequently produced play by an American playwrite. Thornton Wilder wrote it in 1937 and it's just a pla about ordinary life in America in the early 1900s.

Notice how the postmen don't walk. I think it's a little lazy.