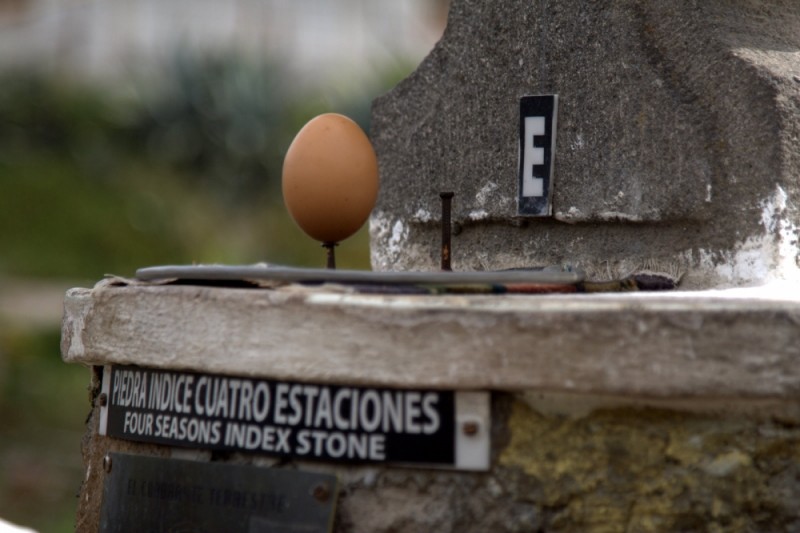 Posted by Ryan (Vancouver, Canada) on 25 April 2008 in Miscellaneous.

We went and visited the equator today, which was pretty fantastic. The classic monument wasn't so exciting, but there was another museum a few hundred metres down the road that was located on the real equator. They proved it by pouring water down a drain and demonstrating the Coriolis effect in both hemispheres and on the equator (on the equator, it just goes straight down!). Here, an egg is balanced on a nail, something pretty easy to do while standing with each hemisphere exerting the exact same force on you. Neat stuff.