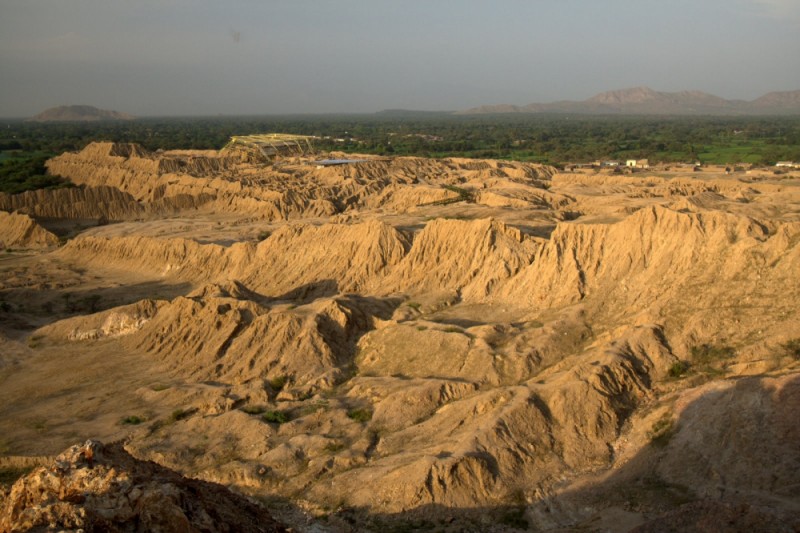 the great pyramids of túcume and the lord of sipán

We had a very busy day on a tour of the Sipán culture, one of the greats from 2000 years ago in this regions. They existed for around 700 years before evolving into another culture and just blew us away. We visited the original gravesite which had been robbed a bit but had lots remaining when archaeologists got to it, luckily. Chris has a picture of the tomb for today.

We then went to the museum where all the treasures that had been found and restored were located. I've never had a metal detector test before going into a museum before - no cameras or cell phones are allowed inside, though my Swiss Army knife was just fine. The treasures were amazing, filigreed gold in masks and spider webs, necklaces made of shells carved to the size of a pinhead. Well, almost that small.

Lastly, we hit these giant pyramids which were used by different cultures for almost 1500 years straight, each adding their own significance to them. They're disintingrating, though, due to the heavy rains of El Niño that devastate this region every decade or so and a lack of protection.

What a day. What a culture.