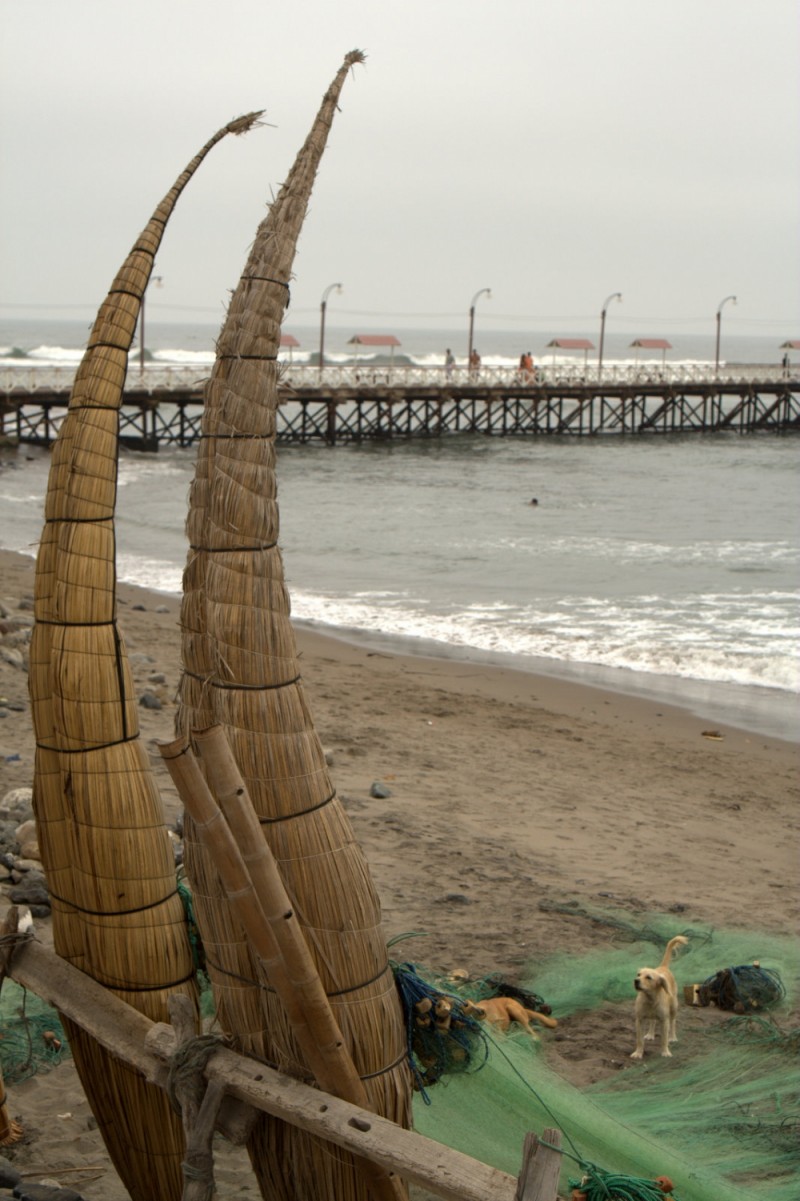 We came into Trujillo and headed right out to the beach town close by. Way quieter and we wanted ocean - it's been a while. In this town and one or two more up the coast, reed boats called caballitos de totora (little horses of totora, the name of the reed) are still constructed and used for fishing as they were centuries ago. You can see evidence of this on ancient carvings showing these exact boats. Some people take them out for boat surfing at the end of the day. They're called caballitos because the fishermen ride them like horses.

Also, I finally get fresh ceviche. Yum. I'm going to try and eat it at least once a day.