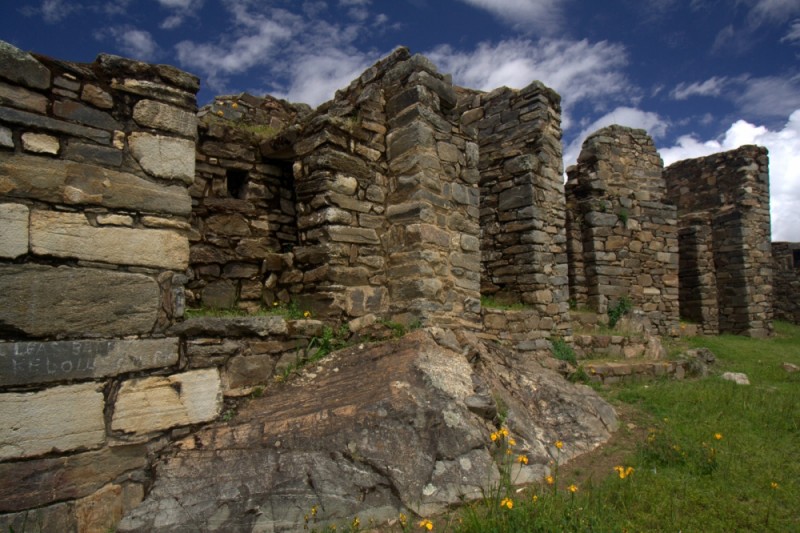 the ruins of choquequirao

Posted by Ryan (Vancouver, Canada) on 31 March 2008 in Architecture.

Well, we made it. Spent a whole day inside of the ruins exploring. We had the whole place to ourselves except for a work crew in the morning and some guy we saw at sunset. Choquequirao has a lot of things to see, and it's only about 30% uncovered! This picture shows the ceremonial site where priests did their preparation and prepared dead bodies for burial. To the left (not visible in this picture) is the one doorway that was found standing when the site was discovered - 400 years after it was built.

We ate lunch in the main plaza (!) and also saw the legendary Wall of Llamas, only discovered about a year or two ago.

For more pictures of the ruins, see my flickr album. Now to hike all the way back!