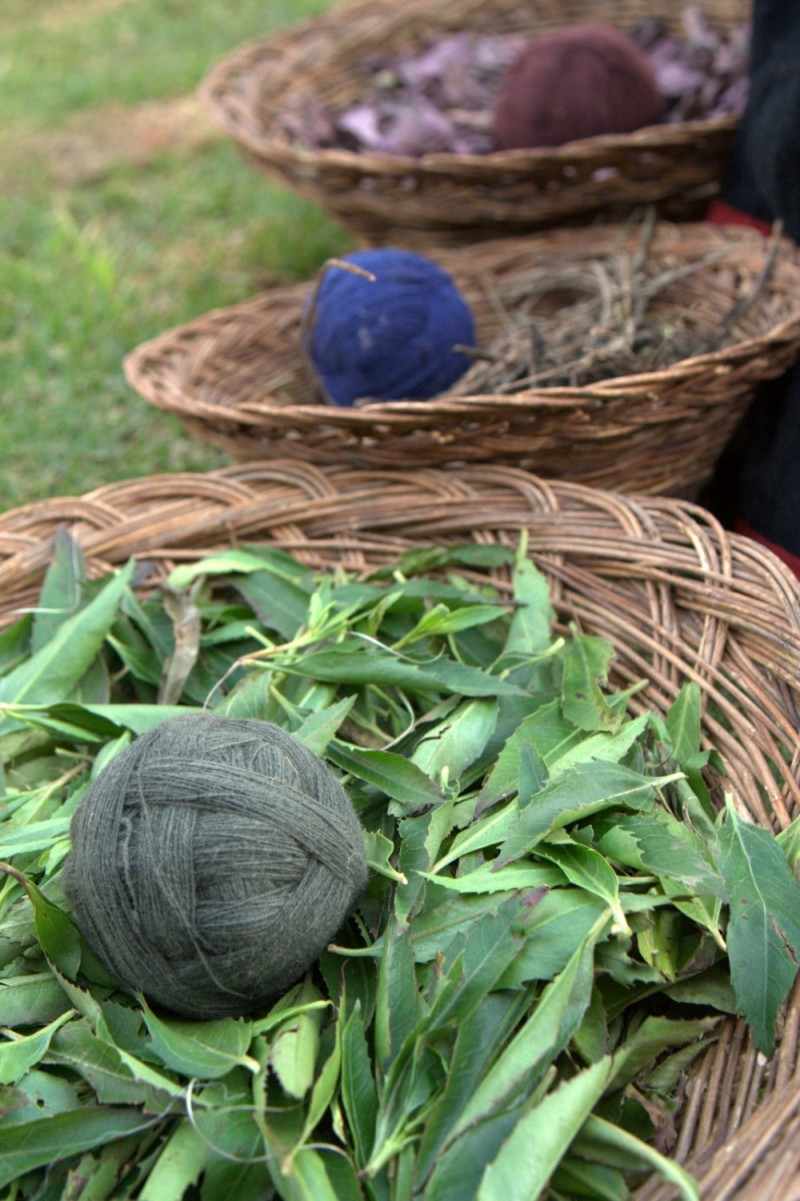 I went out alone (Chris is with her host family learning more Spanish) to the nearby ruins of Ollantaytambo and Pisaq. Both built by the Incas, the first was a holy place, a fortress, and an experimental farm - those Incas did everything everywhere. The second was more of the same. By using terraces to create microclimates, the Incas were able to create and harvest 4000 different kinds of potatoes and 800 different kinds of corn - quite the achievement. Unfortunately, due to the difficulty of creating terraces, no one farms this way anymore.

Near the end of the day, we stopped at a weaving demonstration where they showed every step from washing the alpaca wool up to the finished weaving. The natural dyes from plants and such are still often used. It was my favourite part of the tour.

Wow, this is really neat! Did they tell you what the plants were?
Someday I'd love to watch a "Sheep to Shawl" event - they do them at fibre festivals and county/state fairs quite often, I'm told.

BTW I'm working on a shawl right now made with yarn from a yarn cooperative in Uruguay.

@Cousin Megan: It was really neat. The Sheep to Shawl sounds like it would make a great photo essay!

They did tell us what plants they were, however, I don't remember, as they were in Spanish. The one thing that I do remember is the red. It comes from a small insect that grows on cacti down here called cochineal. Their insides produce a strong red dye and they are harvest by the millions, as they also provide 'natural' red dye for food and lipstick worldwide now. Such a vibrant red. Also, add lemon juice and you get orange. Add something else (don't remember) and you get purple. Amazing demo.

Do you know where in Uruguay?