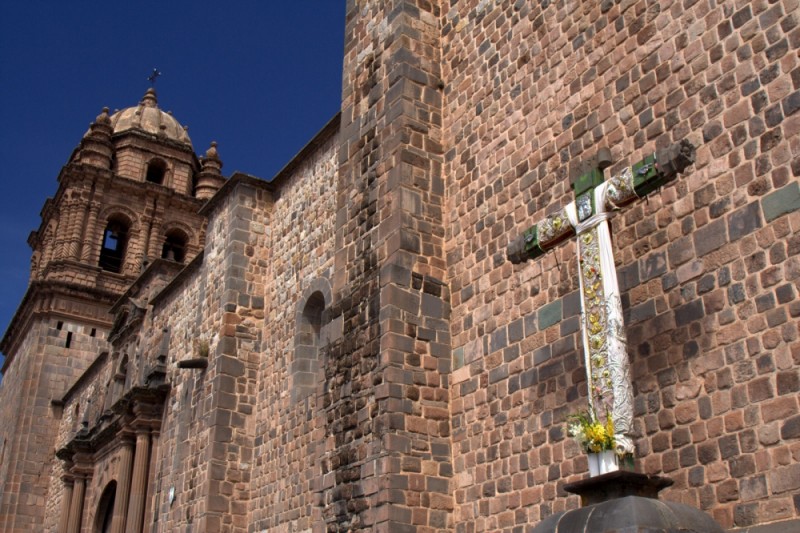 qorikancha and the dominican church

Posted by Ryan (Vancouver, Canada) on 24 March 2008 in Architecture.

Today we visited THE site to see in town - the Dominican church that was built on the site of Qurikancha, the Incas' ancient temple of riches. The gold that used to cover the walls (the whole wall, not just part) in this place was incredible - the whole thing used to gleam with it. The Incas gave it to the Spanish in return for their kidnapped king, who was killed anyway. The walls themselves were mostly destroyed by the Dominicans, though some were revealed in the great earthquake of 1950. In fact, while most of the church was destroyed, the Incan walls still stood, 400 years after they were put up!