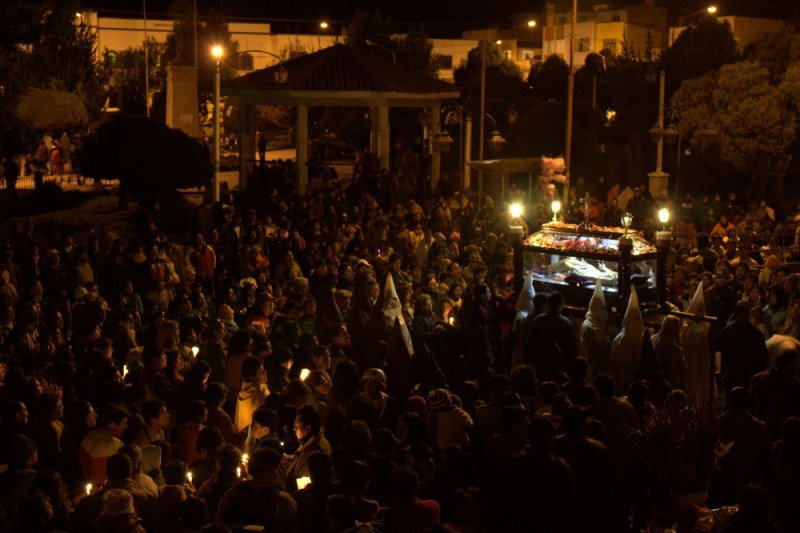 the stations of the cross

Last night saw a huge crowd of hundreds follow Christ in a glass coffin as the Stations of the Cross made its way around town. With a military guard and band in tow, it was quite the sight. Also, we were a bit surprised to see what looked like Klu Klux Klan members carrying the coffin. Apparently, the Klan adopted the costume from the Spanish (and colonies) who have been using it for Holy Week processions.