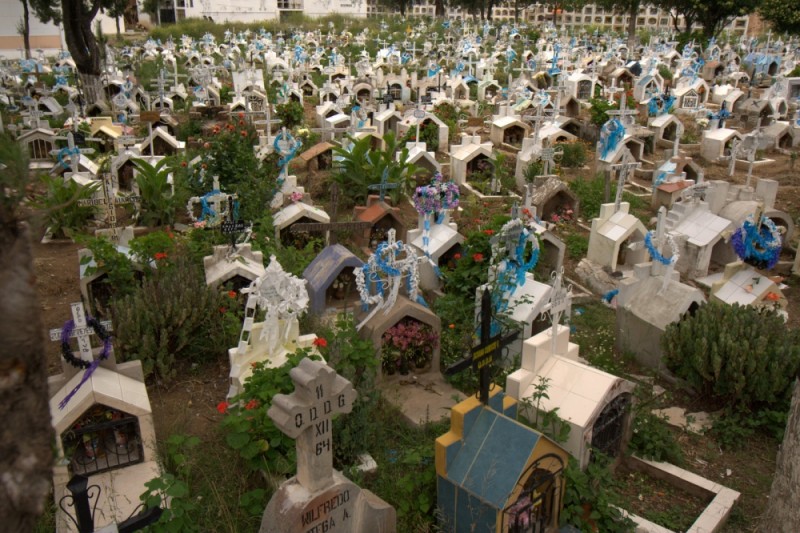 a giant mash of crosses

Posted by Ryan (Vancouver, Canada) on 12 March 2008 in Cityscape & Urban and Portfolio.

We've visited a lot of cemeteries in South America, each with their own particular feeling, and Sucre is one of my favourites. For the most part, it's pretty empty-seeming - lots of green space and trees. Part of the reason for this are the thousands of 'graveyard apartments' as I've taken to calling them - essentially little holes in the wall where peoples' remains are put instead of taking up ground space. These can stack five or six rows up and go on as long as the wall does. I think there were more in this cemetery than I've ever seen in one place - there must have been thousands of people and the cemetery didn't seem that old.

This was, I guess, the poor section - people who couldn't afford an apartment. It was absolutely packed with crosses, just a tiny space of green in the entire place.