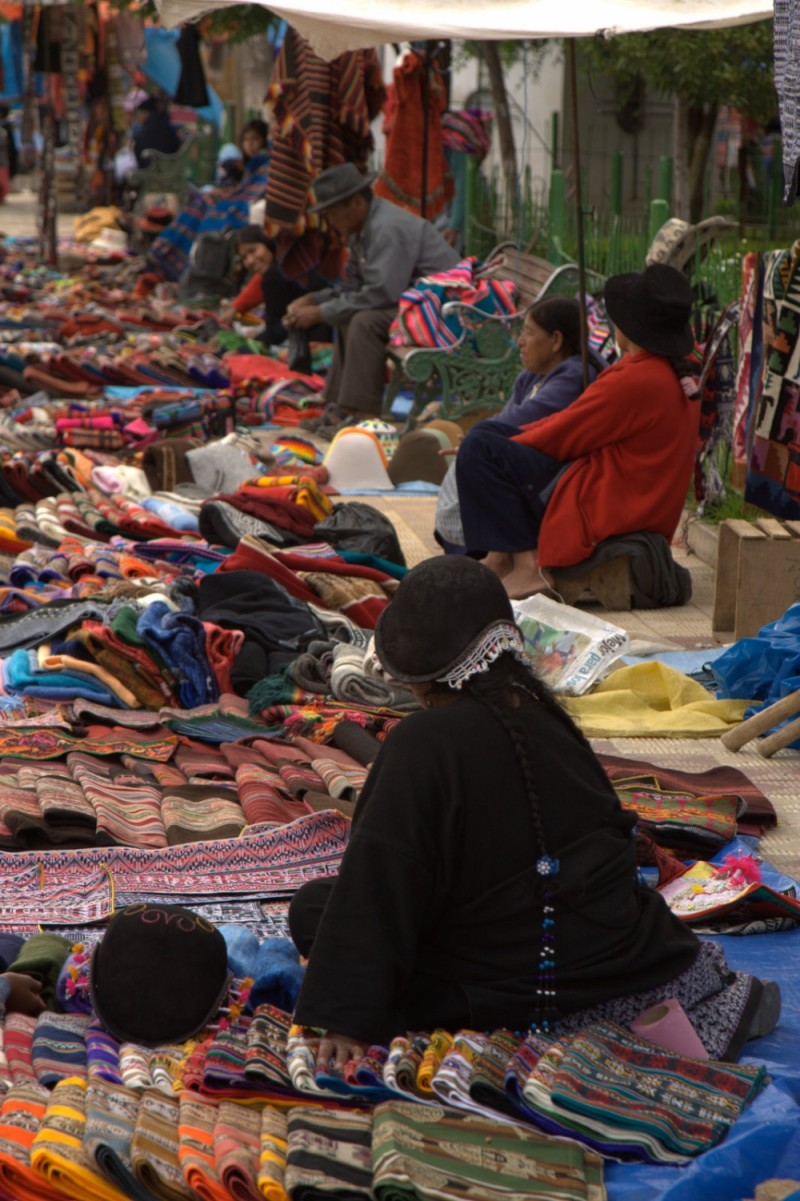 Posted by Ryan (Vancouver, Canada) on 9 March 2008 in Lifestyle & Culture.

But a different market than before. We went out of town today to visit a colourful textile market. Full of tourists like us, for sure, but lots of beautiful colours for our eyes to feast on. The art of weaving was in danger of dying out as recently as thirty years ago, but a program was started to inject life and even revive old forms that had been thought lost to the ages. The weaving has even changed and growing in that time with weavers being able to make money at what they want to do.

The women and men from this region still often wear the traditional hat called the montero that their people have worn basically since they first met with the Spanish. You can see a woman wearing one in the picture.