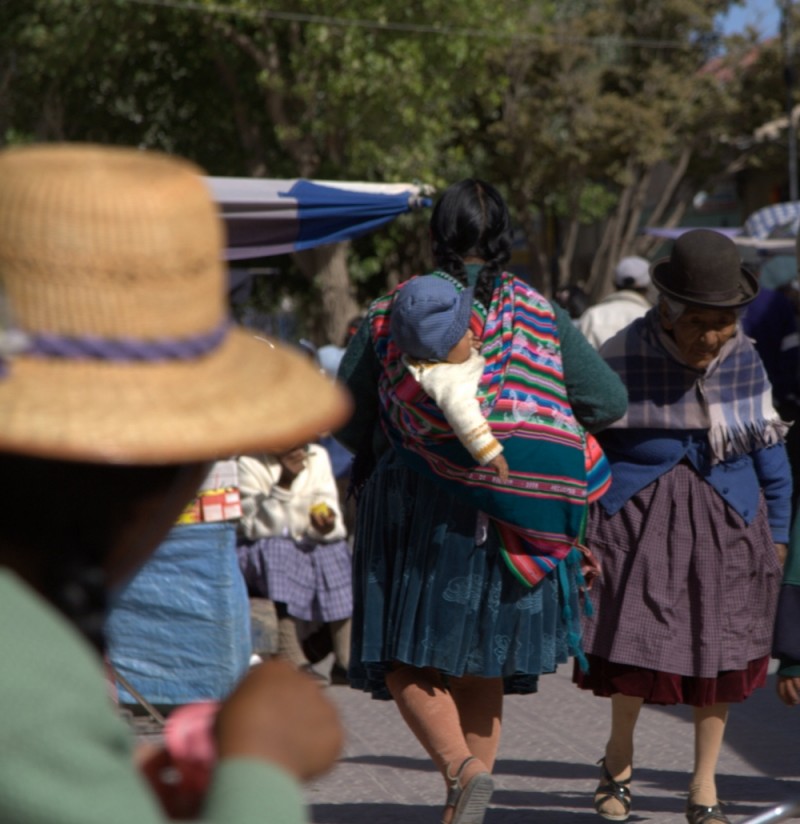 We had quite the day getting from point A to point B today. Before we even crossed the border, we had lunch in a bus barbeque. Someone had taken an old bus, installed tables and chairs and a grill and viola! Our last taste of Argentine meat for a while. Next, when we hit the border, there was a huge line-up. Luckily for us, it was for leaving Bolivia, not for entering. However, even though it was only 10 in the morning Bolivian time, the office seemed to be closed and they were not giving visas to Bolivians who wanted to leave. Needless to say, there was a lot of yelling going on at the border as we left.

In the border town of Villazón, we decided to take the train up to the gateway to the salt flats and our next destination, Uyuni. When we arrived at the station, however, there was a banquet table with food and wine out and a band playing. We were told to sit and enjoy the show, later finding out that the line from the border to Buenos Aires was either opening or construction was starting on it. I never was able to get clear on that. Finally we boarded the train to head up up up to Uyuni, 3500 metres up in the air. That is some thin air up there.