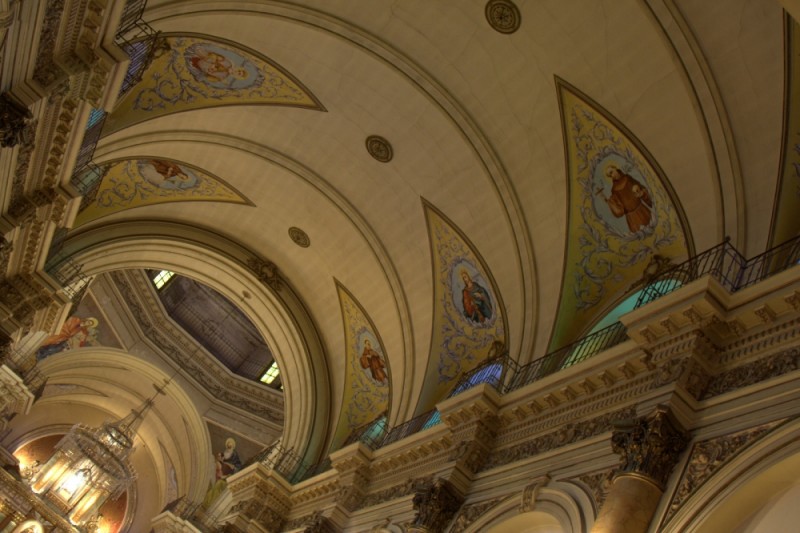 Posted by Ryan (Vancouver, Canada) on 27 February 2008 in Architecture.

They're just so gorgeous up here. We decided to head out of Jujuy ASAP, but I took a walk downtown before the sun rose (with the time change and being so far west, it doesn't rise until 8:30 in the morning now!) and checked out the churches, as they were said to be works of art. Needless to say, I wasn't disappointed. The side pulpits were done in goldleaf with angels on them, incredible.

We headed up to Tilcara, home to some excellent ancient ruins. Some of the houses and such have been rebuilt for tourism, but it was still pretty neat to walk around the walls of these 500-year-old buildings. The funniest thing was that there was a small pyramid built by the archeology team that unearthed the ruins to celebrate their achievement and that's where most people took their pictures.