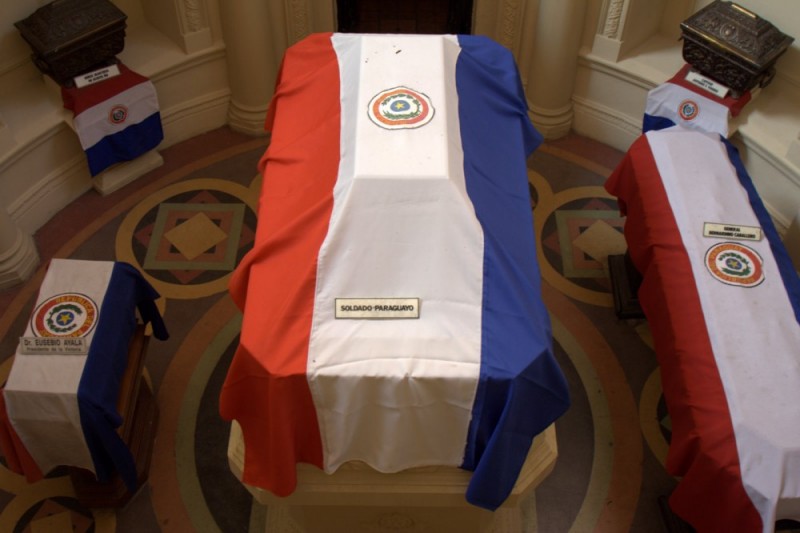 Posted by Ryan (Vancouver, Canada) on 11 February 2008 in Lifestyle & Culture.

We visited the Plaza de los Héroes today, with its collection of past leaders (and dictators) of Paraguay. Funny thing is, some of them aren't even there - the first president, the self-titled El Supremo, was thrown to the gators by the people he trodded upon during his time, and Señor Lopez, instigator of the War of the Triple Alliance, isn't here. I think he's still buried in the north of the country, but I don't recall exactly. Quite the place, anyway.