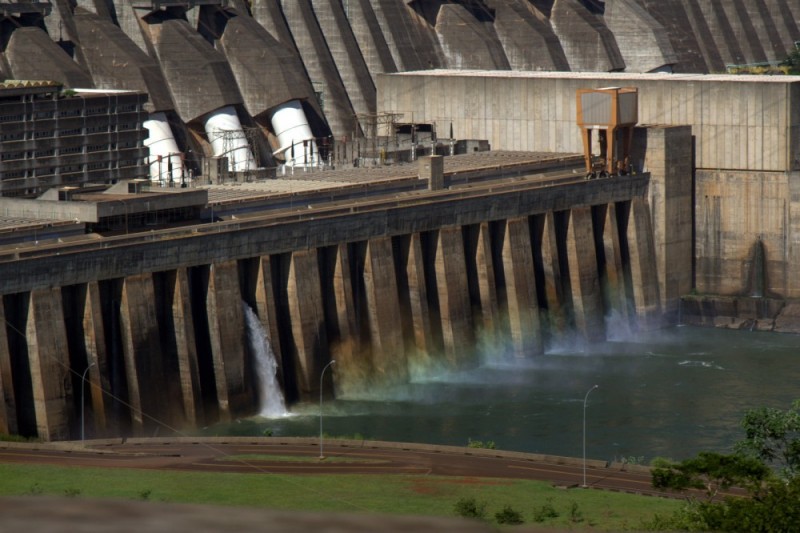 Posted by Ryan (Vancouver, Canada) on 5 February 2008 in Business & Industry.

The largest operating hydroelectrical plant in the world, Itaipú was built some twenty years ago and puts out an amazing amount of power for its size. Using 20 turbines (the nearby Iguazú falls could only manage a mere two in comparison), it has a production capacity of 14 gigawatts and produces 25% of the electricity for Brazil and 80% for Paraguay. It killed the largest falls by volume in the world, however, and flooded thousands of square kilometres of lush jungle land, creating an artifical lake that stretches 800 km back. Amazing and depressing all at once.