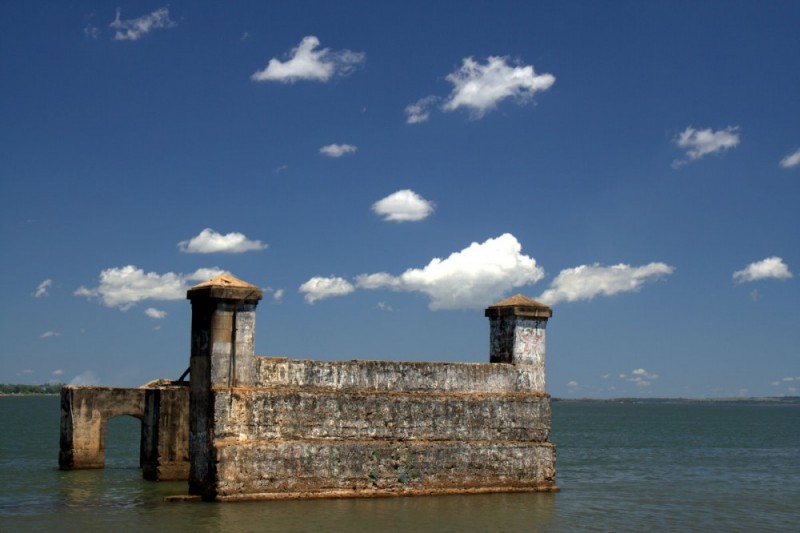 Posted by Ryan (Vancouver, Canada) on 3 February 2008 in Architecture.

There is a giant dam opening along the Río Paraná later this year and it's going to be a big problem for most of Old Town here in Encarnación, mostly because it will put most of Old Town under water. The order has been standing for them to move out for probably five years now, but who moves before they have to? Supposedly the dam will open in August, so it's coming soon. It's kind of sad walking down there - it's quite old, but since everyone knows what's coming, no one keeps anything up anymore. It's just one huge market area, with everyone trying to get as much run out of their real estate before it's gone.

(I think this is like a warning or something. Or maybe it's just old. The flooding hasn't begun, though.)