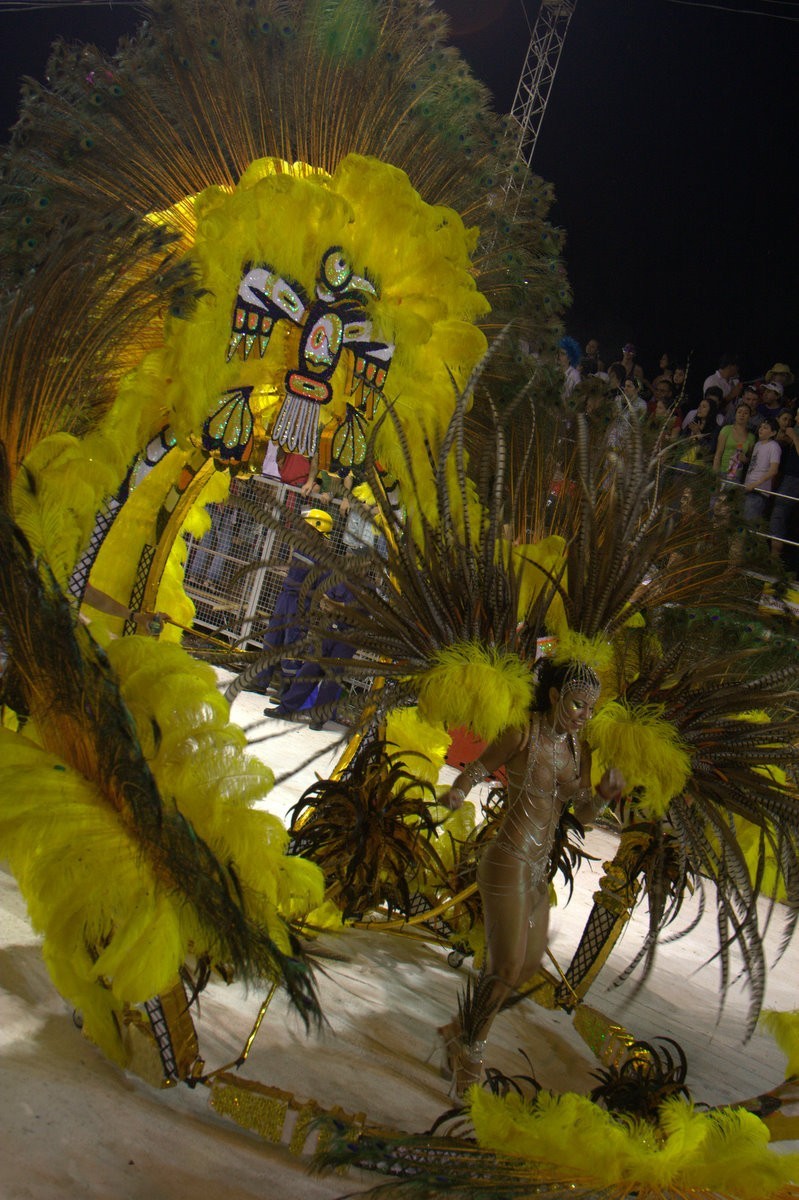 Posted by Ryan (Vancouver, Canada) on 2 February 2008 in Lifestyle & Culture.

Here we are in the self-titled Capital of Carnival in Paraguay. It had been our intention to see how this celebration went in other countries. Overall, I enjoyed our time. The floats weren't as good as in Argentina and there wasn't as much plastic surgery, but the dancing was better and there was plenty of soap. Soap from cans were the method of celebration of choice around here, and just being in the common section guaranteed you a liberal coating of soap that was sticky and smelly at the end of the night but lots of fun while it was happening. During the entire parade, guys and gals (being shot by soap themselves) marched up and down the front aisle, calling, "Lancha" or "Nieve" (launcher or snow) and "Leche" (milk) when they were selling beer. Ha ha ha. Good time.

During the days of the month of Carnival, kids (and some adults) spend their days throwing water at passers-by from some old tradition. I know it also happens in Peru and Bolivia, but am not sure of Brazil itself. We had some fun with some kids this weekend playing dodgeballoon.

INTERESTING CONCEPT I would love to get shot with soap some time, it seems like such a pleasant way to die. C:

@Anonomyous: Ha! It was fun, though hard to keep the camera lens clean!