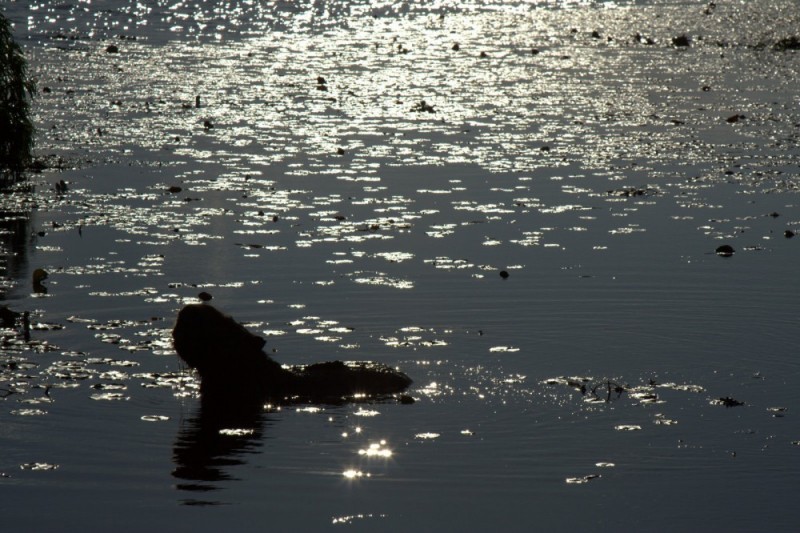 the capybara (a.k.a. carpincho)

We arrived in the Esteros del Iberá today, a giant mass of wetlands in northern Argentina that we decided sounded more interesting than a second visit to a holiday-viewer-filled Iguazú falls. These 13,000 square kilometres are home to thousands of plants and animals, some of them found only here. The capybara (that's the Guaraní (local natives) name, the Spanish name is carpincho) is the largest rodent on Earth, usually weighing around 65kg, though the largest ever was around 105kg! Their name in Guaraní means "head on shining water", which this picture shows quite nicely.