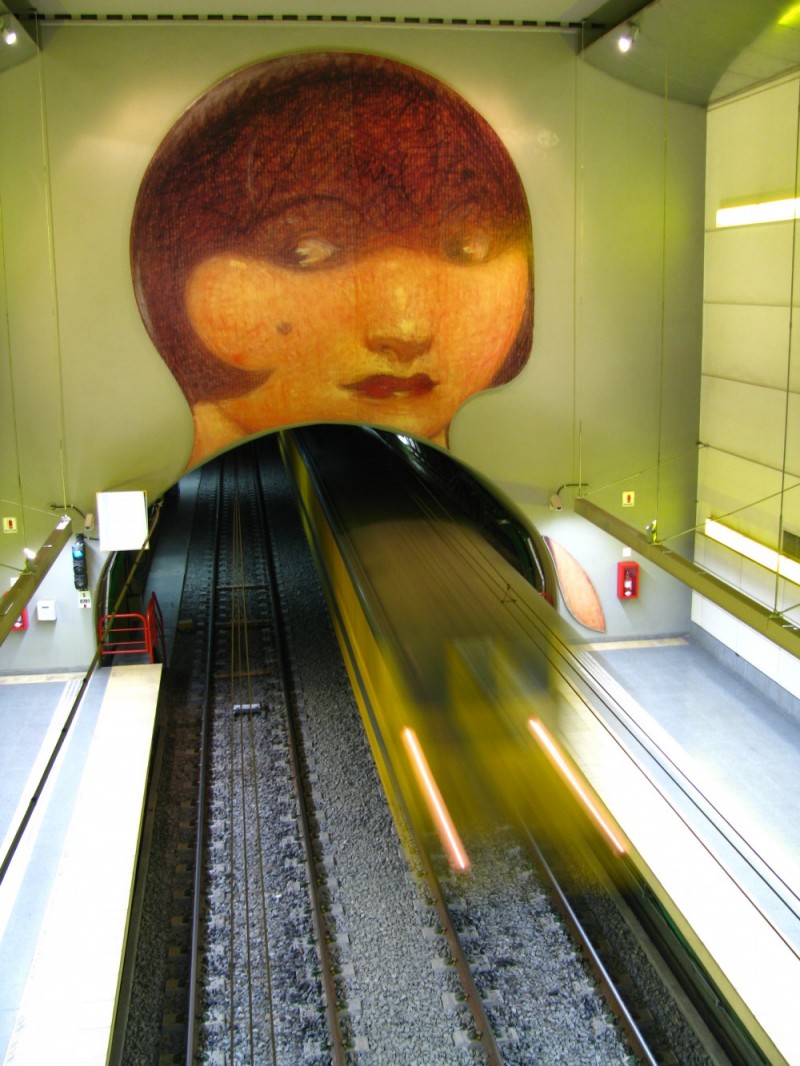 Posted by Ryan (Vancouver, Canada) on 22 January 2008 in Transportation.

If only it had been running while we actually lived here, this line would have simplified our lives so much. The new H line was actually inaugurated by the old president almost a year ago, but it only recently began running (even then, they started running it half way while they're digging the other half). It runs across most of the other lines and currently ends about two blocks from our old place and half a dozen from our current place. Lots of neat art inside of it as well. Go subte!

Amazing structure and your photo is superb.

@sherri: Thanks a lot. It's a nice new line, I liked riding on it.