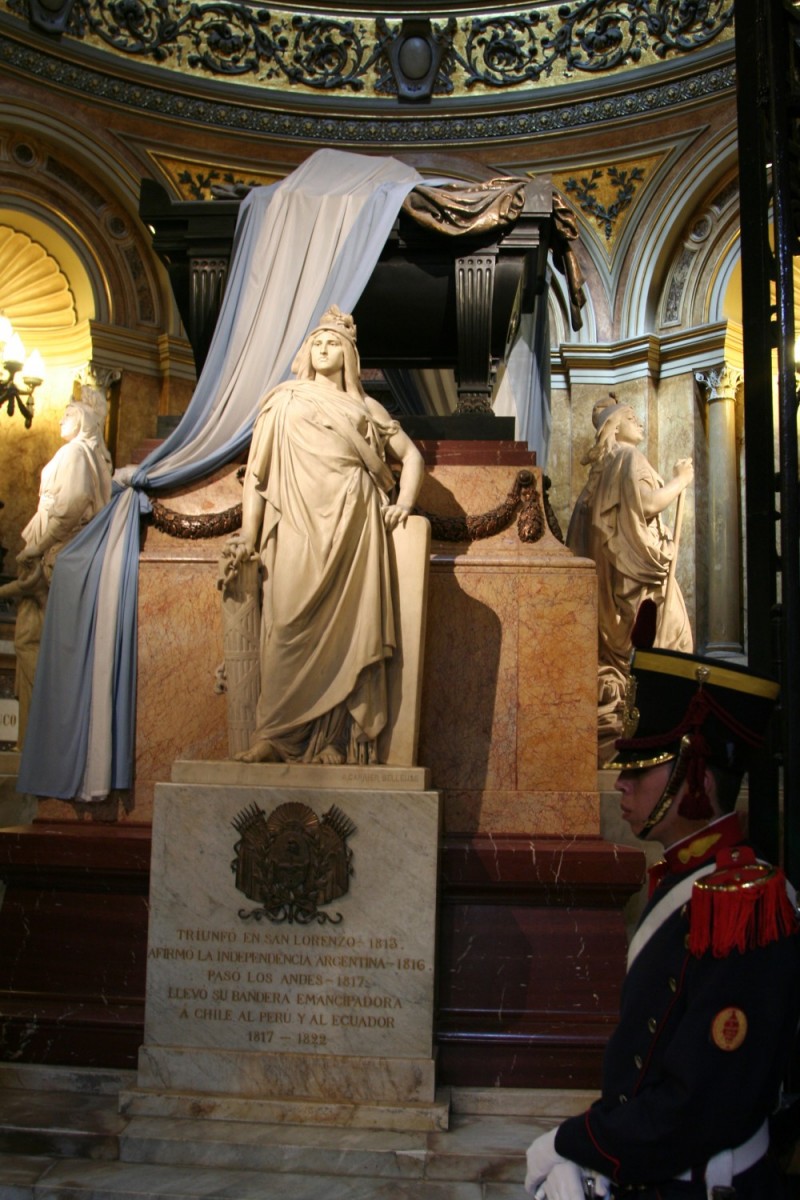 on guard for him

Posted by Ryan (Vancouver, Canada) on 5 January 2008 in People & Portrait.

Another must-see in Buenos Aires - the tomb of San Martín, with the man himself inside, supposedly buried at an angle inside of three coffins (one from France where he died, one from Uruguay where he landed on the continent, and one from Argentina, his worshippers).