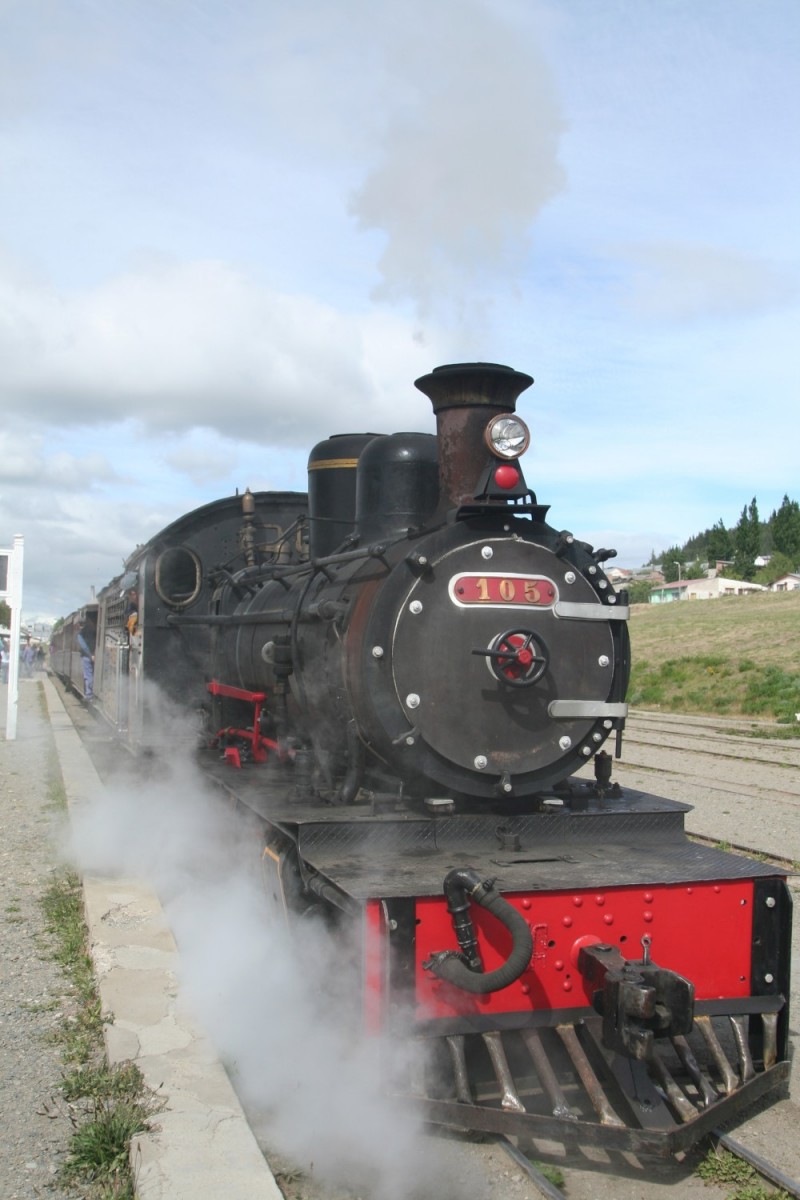 Posted by Ryan (Vancouver, Canada) on 27 November 2007 in Transportation.

We stuck around this morning for the departure of what used to be the longest steam line in the world (not anymore, I guess). An operating steam train is not something you run into every day, and it was really neat seeing it off. Tourists from all over snapping pictures, great plumes of stream hissing out of pipes, and a huge amount of heat in the engine area (makes sense!). And with a ear-piercing screech, it was out of our lives and down the tracks.

(later) Well, this is the last one for a while. Christine and I will be working on a farm out in Mendoza for a while and have limited to no access to Internet. We'll keep snapping, though, and there will be a plethora of pictures at the end of the year so you can see what we got up to. Until then, Merry Christmas, Happy Hannukah, and a Krazy Kwanzaa!

Haven't seen one of those since the early 1960's. Thanks for the picture. You should have seen the clouds of steam on a cold winter day as the train went by.

@DAd: I bet - there were pictures of the train in the winter, and it's definitely cold enough to get snow down here. Looked amazing. It was an experience just being next to it and hearing it chug off towards the mountains. I could really imagine the dreams and stories that that sound has inspired.