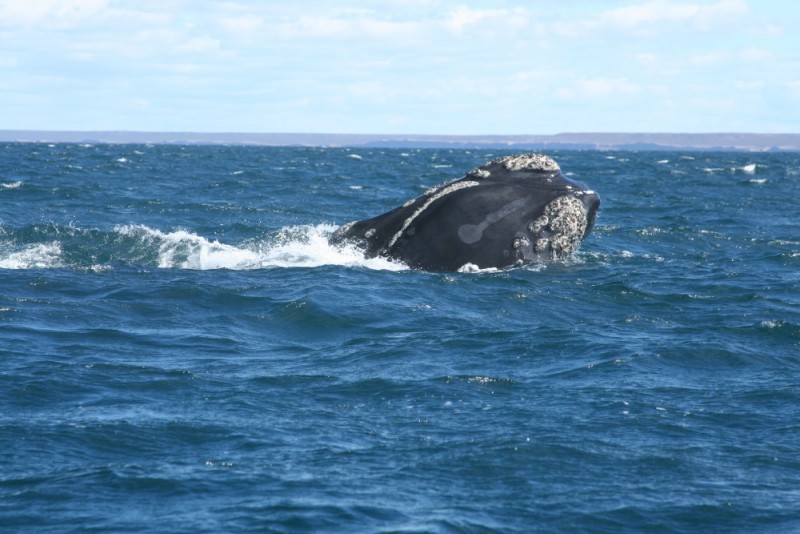 Well, we finally saw our whales today. Had to stay an extra day to do it as the weather was terrible yesterday, but it was so worth it. I think we saw somewhere between six and ten whales up close (within five metres of the boat) and more from a distance. A couple passed right under the boat, and we could even see the markings on one whale's head through the water. 15-17 metres, 30 tonnes - these guys certain command respect. They were mostly mothers and calves, so they weren't as lively as some of the posters promise, but incredibly striking nonetheless. Christine promises a whale tail on her blog when we get somewhere where she can upload. Definitely worth a look.

"we could even see the markings on one whale's head through the water" -- Does this mean all or most whales come with "license plates?" It sounds like a description of a submarine or boat ;>)

@DAd: The markings are like fingerprints, each one is unique. The guides can identify the whales by the white markings on their head, they've even named them!