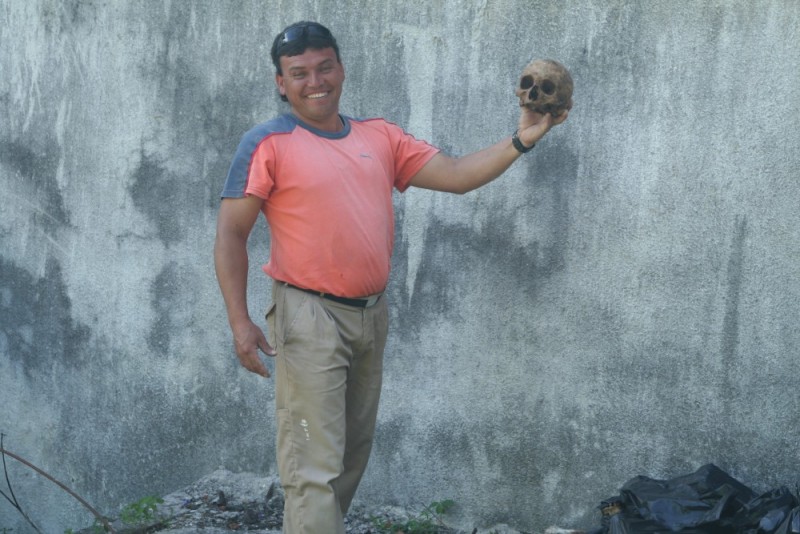 Posted by Ryan (Vancouver, Canada) on 6 November 2007 in People & Portrait.

We went on an unplanned tour of a cemetery yesterday. As we were wandering around taking pictures and doing rubings, we ran into two workers who were more than happy to show us around and tell us a bit about cemeteries in SA. For example, did you know that they re-use graves? Except that most people don't get buried in the ground - they get buried in drawers or tombs, depending on how much they have, with their family members (who are already dead). After six months of being sealed away to decompose, they are removed and put out for three and a half years. After that, they are taken up, the bones removed and cleaned, then they are put in a box and returned to the tomb so that they take up less space. Ta da! Chris has a good account of the visit. This guy is demonstrating one of the skulls of a person who had no family claim them - they end up in a communal tomb, just a big mess of bones. Different.