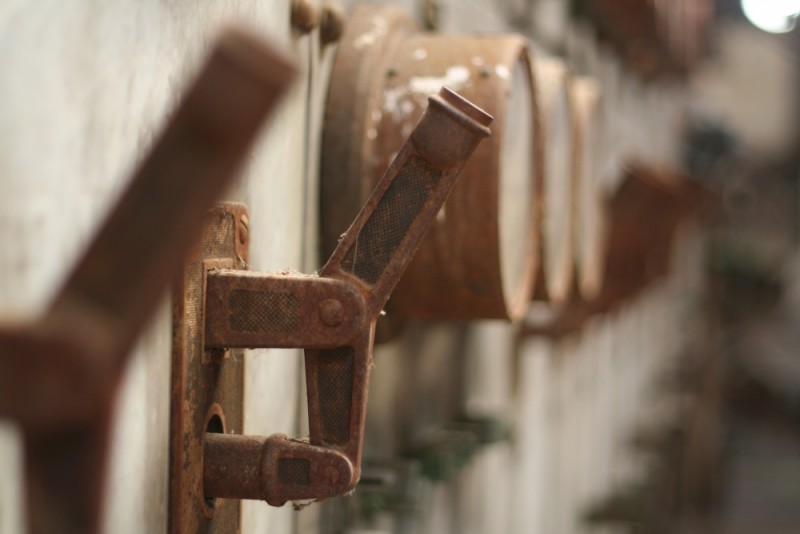 Posted by Ryan (Vancouver, Canada) on 3 November 2007 in Business & Industry.

Today was spent at the now-closed Liebig Extract of Meat Company meat factory, maker of the famous (if you're from Britain) Fray Bentos pies (and later canned meat products). They also created OXO. They opened last century, sold canned meat to nations for soldiers in both world wars (both sides in WWI, as there were German and English owners at the time), and sold almost anything you could sell, food-wise, from this continent. Unfortunately, there was a big salmonella outbreak in England in 1971, the English owners sold their shares, and the main market - Britain - stopped buying. The factory closed in 1979, but the brand lives on. That is, until next month, when the new owners of Campbells UK is shutting it down. Interesting museum, anyhow. Check out Chris' blog for this day to see a picture from the slaughterhouse.