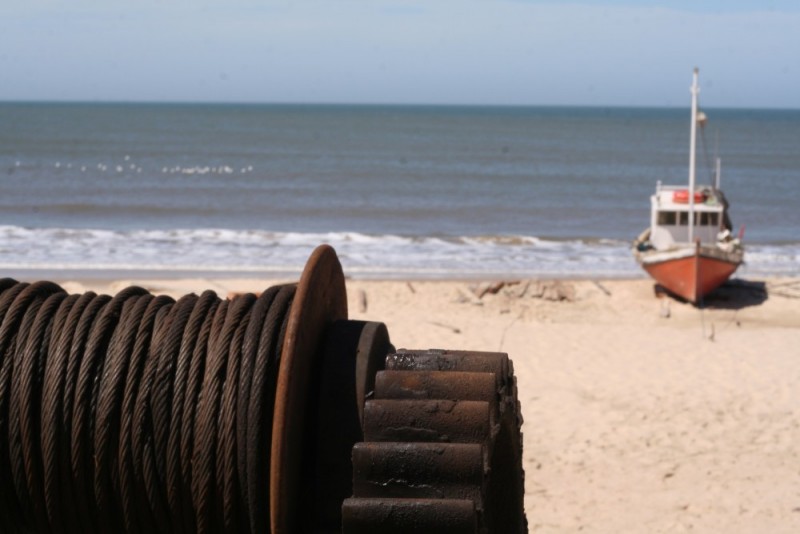 getting the boat back in

Posted by Ryan (Vancouver, Canada) on 27 October 2007 in Transportation.

Well, we're in Punta del Diablo. We got in last night and found a nice little cabaña a few hundred metres from the beach. Two beaches, actually - one on either side of the point. It's gorgeous here, though a little quiet, as it is still low season for another two or three weeks. That's OK, more beach for us.

All along the fishing beach, there are these pulleys for pulling the boats in after they've returned with the day's catch - mostly sharks, though we've seen rays and I'm sure there are lots of other fishy things pulled in. We're off for fresh fish tonight - fresh-caught shark! Yum!