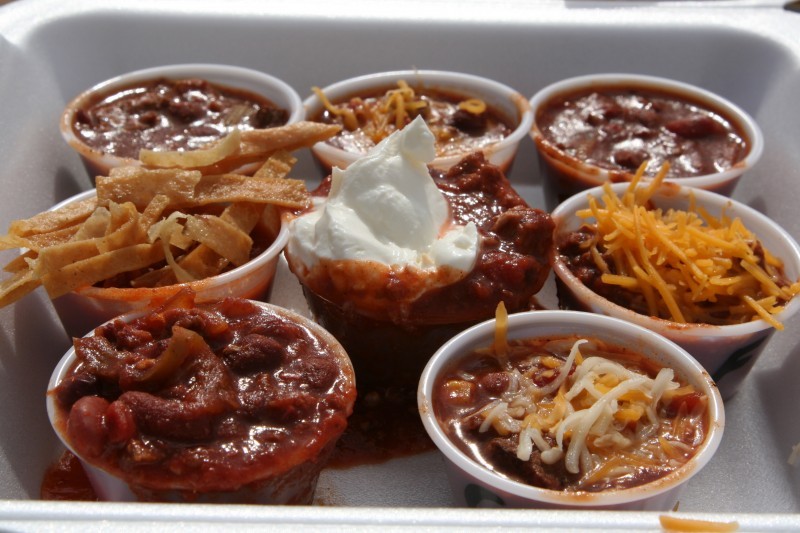 Alright, we finally made the chili competition. You paid five bucks and got a roll and eight 2 oz. samples of chili. I found them all to be quite distinct - one or two had very superficial tastes; one, though filled with yummy other things, was very tomato-based; some were spicier than others; some had very deep, complex flavours; some even had bits of steak in them, a touch that I really enjoyed. In the end, it boiled down to two - one with a really terrific balance to it between all the elements and another with a great sauce and lots of additions (steak, corn, celery). It was a tough choice - I ended up choosing the first one (because a good sauce trumps ingredients IMHO) and Chris chose the other (though we both loved both). The one I chose ended up taking it all in the end. Go chili!

There was also a rather large antique car show which we wandered around for a while. Chris posted a picture of that for her picture today - <a href="http://fannorama.blogspot.com/2007/10/detroit-muscle.html">check it out</a>.