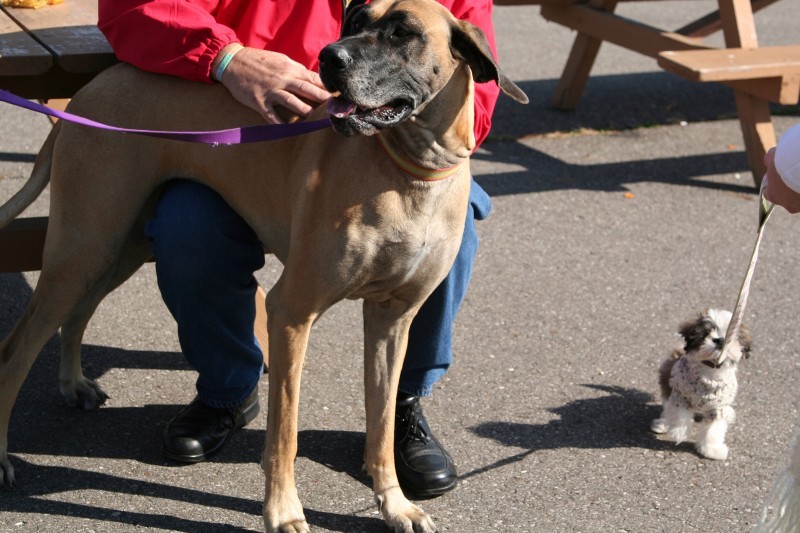 Christine's sister has a new dog that is of a breed called Teddy Bear. It is very small, as you may guess, and its name is Bacon.

Today we went to a fall fair in a nearby town for a chili cookoff (not until tomorrow! Foiled!) and ended up just wandering around for a while until we bumped into this guy with his two Great Danes. They were incredibly well-behaved and very friendly. They also weighed 150 lbs each - the one's father weighed 208 lb at one time! Needless to say, Bacon was a wee bit afraid of the big dogs for some time, even though they were just interested in him. I'd be afraid of someone fifty times my weight coming in for a lick, too, I guess! Bacon warmed up a bit by the end of the day, but only with his owner close by.