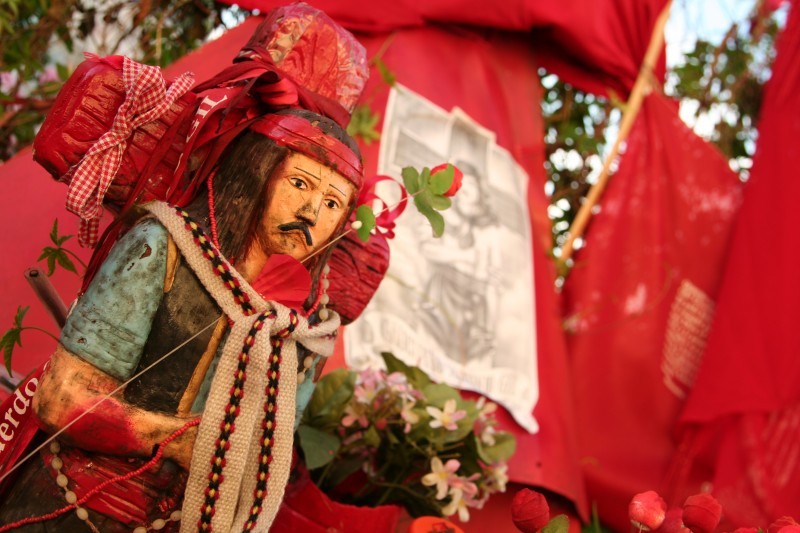 the legend of gauchito gil

Posted by Ryan (Vancouver, Canada) on 23 September 2007 in Lifestyle & Culture.

That's essentially how the legend goes. You see these all over - in town, along the highway, everywhere. People are even hoping to get him declared a saint.

The full legend can be found on Wikipedia.

Oh, and Gauchito means 'little gaucho'. A gaucho is an Argentine cowboy.