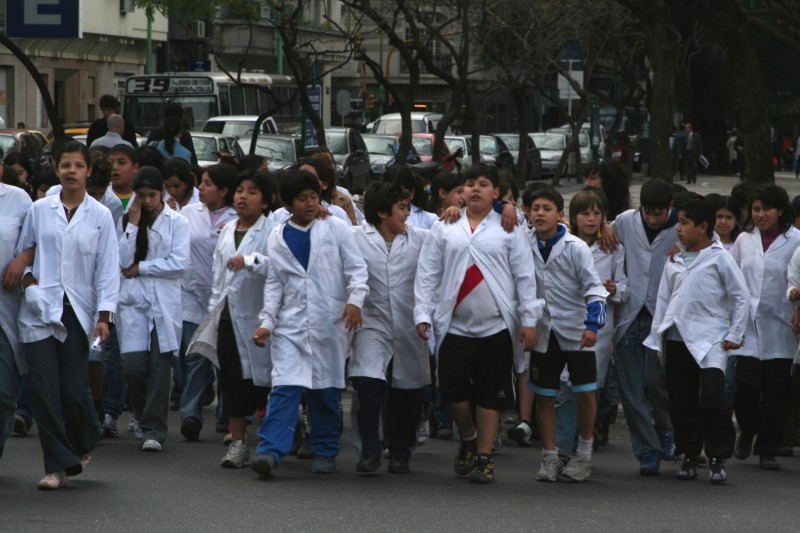 Posted by Ryan (Vancouver, Canada) on 20 September 2007 in People & Portrait.

Children here wear uniforms to school for the most part. In elementary school, it's these lab coats that always make me think of teams of tiny little scientists wandering the city, discussing ideas as they go. In high school, it's generally the catholic school girl look for the girls, and the indie rocker look for the guys. The girls' skirts are quite short - in my recent trip to Tucumán, I saw shorts that were so short that the girls had to wear shorts underneath their skirts because the skirts were so short. They would actually flash you as they walked by! I don't think the girls' uniforms were doing their jobs...