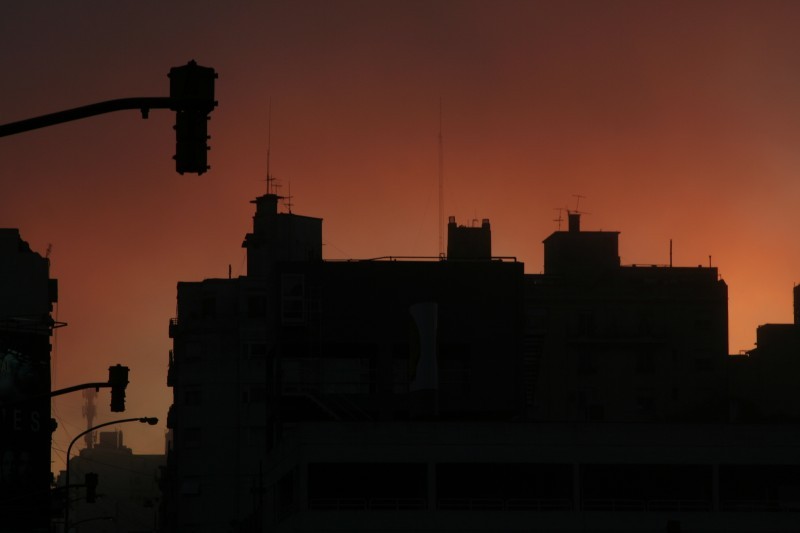 Posted by Ryan (Vancouver, Canada) on 2 September 2007 in Cityscape & Urban.

Yes, Christine enters her late 20s today. I slaved away for her today, and we went to a terrific steakhouse last night called La Cabrera - check out her picture of the meat.

The weather at the end of the scavenger hunt was really strange yesterday, what with a huge fog rolling in at the end of the day. The sunset was almost isolated to one small area instead of filtering out across the sky. The colours were fabulous, though.