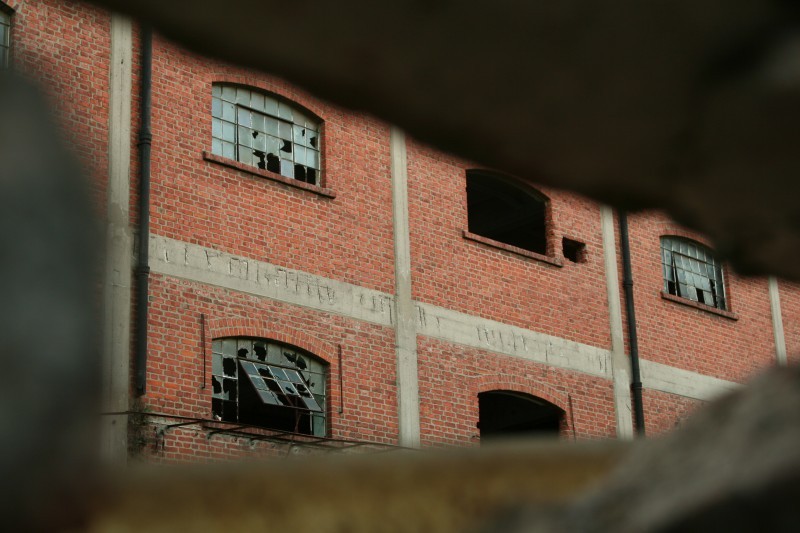 Posted by Ryan (Vancouver, Canada) on 18 July 2007 in Architecture.

There are plenty of abandoned buildings, left alone to rot after the crisis six years ago. This one is a little stranger, being on the edge of a rather affluent neighbourhood. I don't know what it was, but I do know that it has a lot of broken windows, homeless people living in it, and a quote from Pope John Paul II written quite prominently pretty high up.