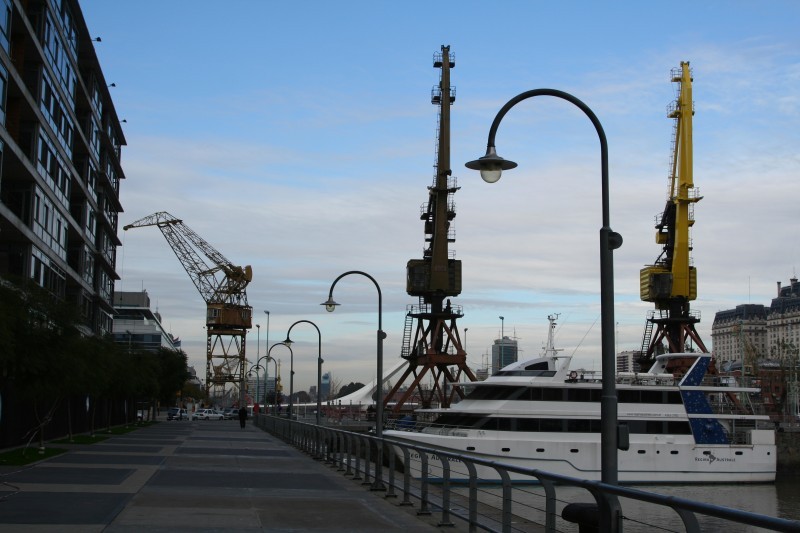 Posted by Ryan (Vancouver, Canada) on 10 July 2007 in Architecture.

Six years after the crisis and now being known as 'the' place to be, Buenos Aires is trying to catch up to what it thinks a world-class city should look like. This includes fixing all of the public areas at the same time (and closing them all in the process) and a lot of renovations, in addition to plenty of new building being built. These cranes have been around for some time (sitting unused for almost as long), but they're getting a new coat of paint. You can see what a difference it makes - the left one is not in shadow, it's just that old and dirty. I kind of like the older ones, the new yellow looks so unreal.