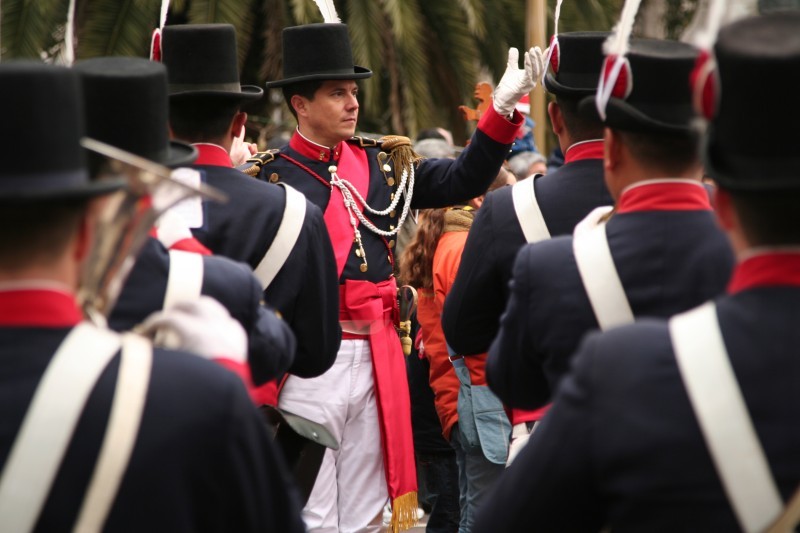 Today was 9 de julio (July 9th), the day that Argentina declared independence from Spain in 1816. Very big day, national holiday (though the big celebrations are in Tucumán, where the actual declaration took place), parade with bands, and, same as the 25th of May, lots of 'traditional' foods are eaten - hot chocolate, churros (fried bread), locro (stew), pastelitos (fried desserts with quince or sweet potato in the middle - awesome), and so forth. We had the first and the last today.

Also, as you may have heard, it snowed today for the first time in 89 years. The holiday was perfect for this - all of my students later said their children and grandchildren (and they themselves) enjoyed the snow. For many, it was the first time they had ever seen snow, and for almost all, the first time in Buenos Aires. One of my students has a picture of his grandfather in the snow of 1918 and he took the exact same picture today. Neat idea.

Being familiar with snow, we took a few pictures, then enjoyed it the way it's meant to be enjoyed - inside, with a cup of something hot, watching the snow fall quietly on the city.