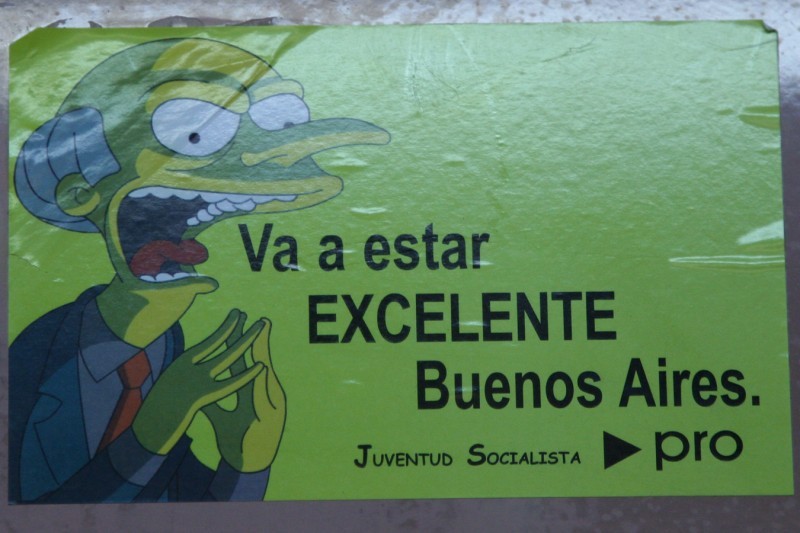 buenos aires will be excellent

A post-election sticker I found on a subway, referring to Macri's (the right-wing, Catholic candidate) recent victory in the city. Again borrowing from the Simpsons, blatantly this time, the young socialists voice their fear of Macri's proposed (and previously voiced, though not official in this election) changes to the city: get rid of the 'ghost workers' in the government (those who collect a pay check but never actually work), bring in a city police force (proposed by all the candidates, each taking credit for it), and fight with the national government. He also proposed (years ago, in a different campaign) to eliminate (basically, bulldoze) the shantytowns and eliminate what was left of welfare. Nice guy.