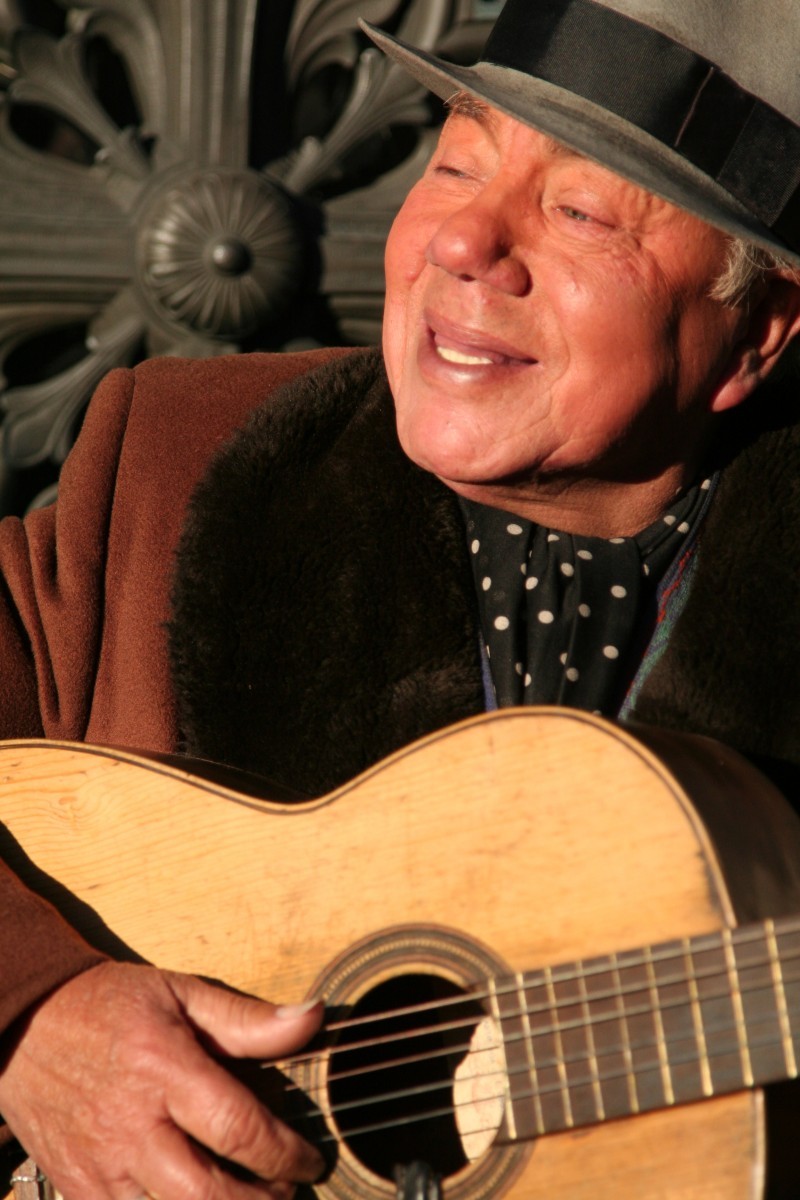 Posted by Ryan (Vancouver, Canada) on 24 June 2007 in People & Portrait and Portfolio.

Carlos Gardel, arguably the most famous and/or influential tango singer ever, died on this day 72 years ago. They have an interesting tradition of celebrating peoples' lives on their deathday rather than on their birthday, and for very influential figures (Gardel and Evita to name a couple), there is quite the affair on that day, even ignoring the fact that today was a run-off for mayor (the right-wing guy won).

Lots of singing, someone kept putting a lit cigarette in Gardel's statue's hand, and we even met the top expert in the world on Gardel. No one has written more about Gardel than this guy. It's not a huge title, true, but I don't think I've ever met the world's foremost expert in anything before. I think the people we were talking to were just happy to find out two young foreigners were interested in Gardel.