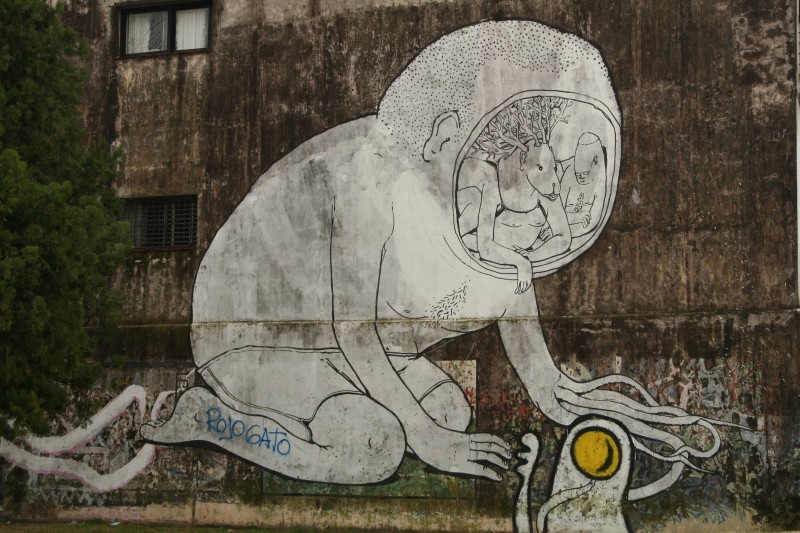 A long while ago, I read about an artist who has been traveling around countries, painting giant pieces of graffiti art. He made a stop in Buenos Aires and left some of his work behind. Since most of my classes cancelled today, I thought I'd try and find it.

I couldn't find the piece specified in the paper, but I did find this one (I think it was added on to later on by someone else) and a couple of other ones that could be his. They're pretty impressive - that's part of a tree at the side of the picture. Funny enough, Christine also found one of these in a neighbourhood not too far away from here today, and she didn't know I was out looking for this one. Second time we've had that coincidence happen.