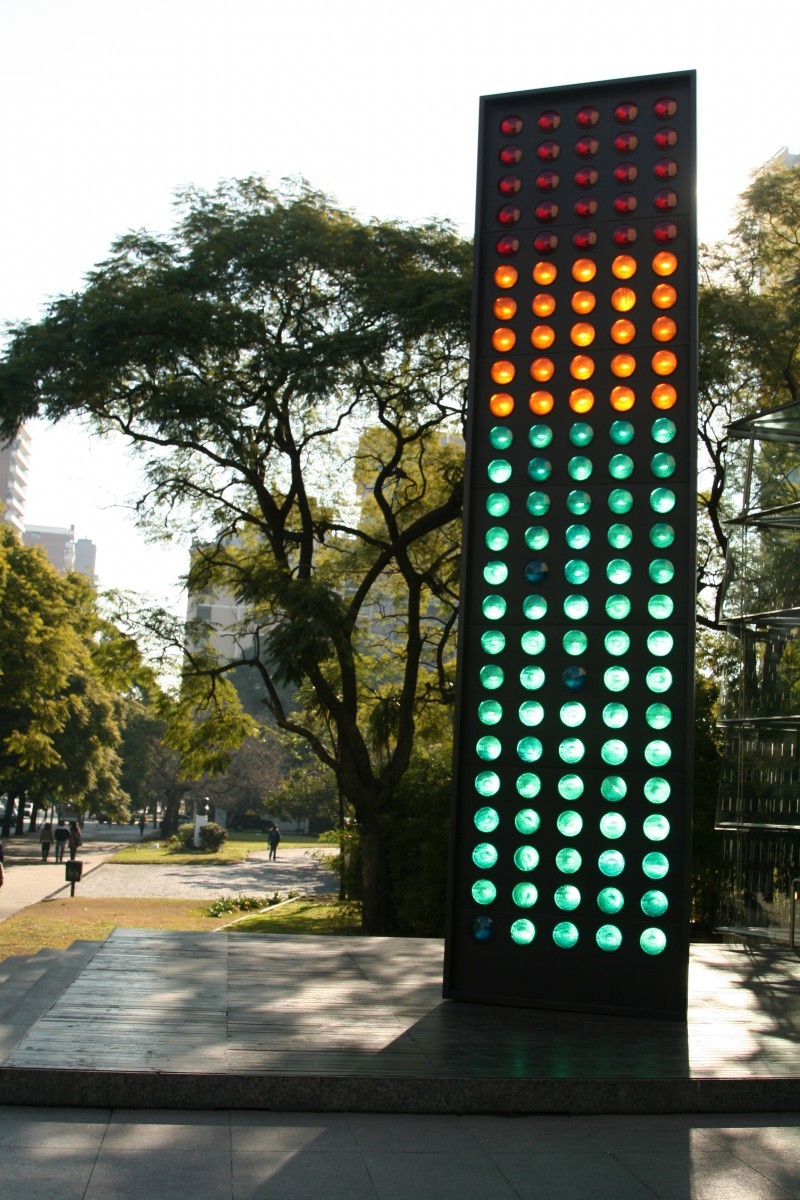 We went to the Museo de Latinoamericano Arte de Buenos Aires (MALBA, or in English, Latin American Art Museum of Buenos Aires) today. Nice museum, not too big, good art, mostly modern. Outside, they have a noise meter measuring the ambient sound.

Today being a Sunday, it was pretty quiet, though it did spike to the very top once while we were watching it. I've driven by on a bus during the week, and on weekdays it spends almost all of its time during the day in the yellow and red zones.

Lonely Planet says that this is the fourth loudest city in the world, and I'd believe it. The only city I've been in that could be considered louder is Ho Chi Minh City in Vietnam. Kaohsiung's noise wasn't as loud in decibels, but it was more constant, I think.

North America, you take quiet for granted, believe me.