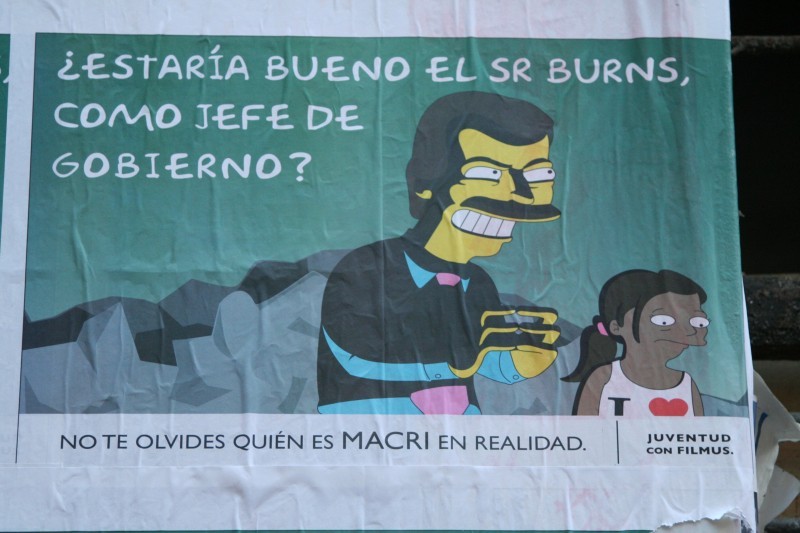 here's a poster you wouldn't see at home

I went looking for a poster/banner that I had seen last night - a banner slapped across election posters of the current mayor saying "You pay for this with your taxes" (elections are Sunday), and instead found this.

The top says: Would Mr. Burns be good as the leader of the government? (That's what they call the mayor, I guess)

And the bottom: Don't forget who Macri really is. (Macri is one of the opponents running against the current mayor)

Chris saw a rebuttal later on, but was on the bus. It had the current mayor as Krusty the Clown. Very different eletioneering here, I'll give them that!